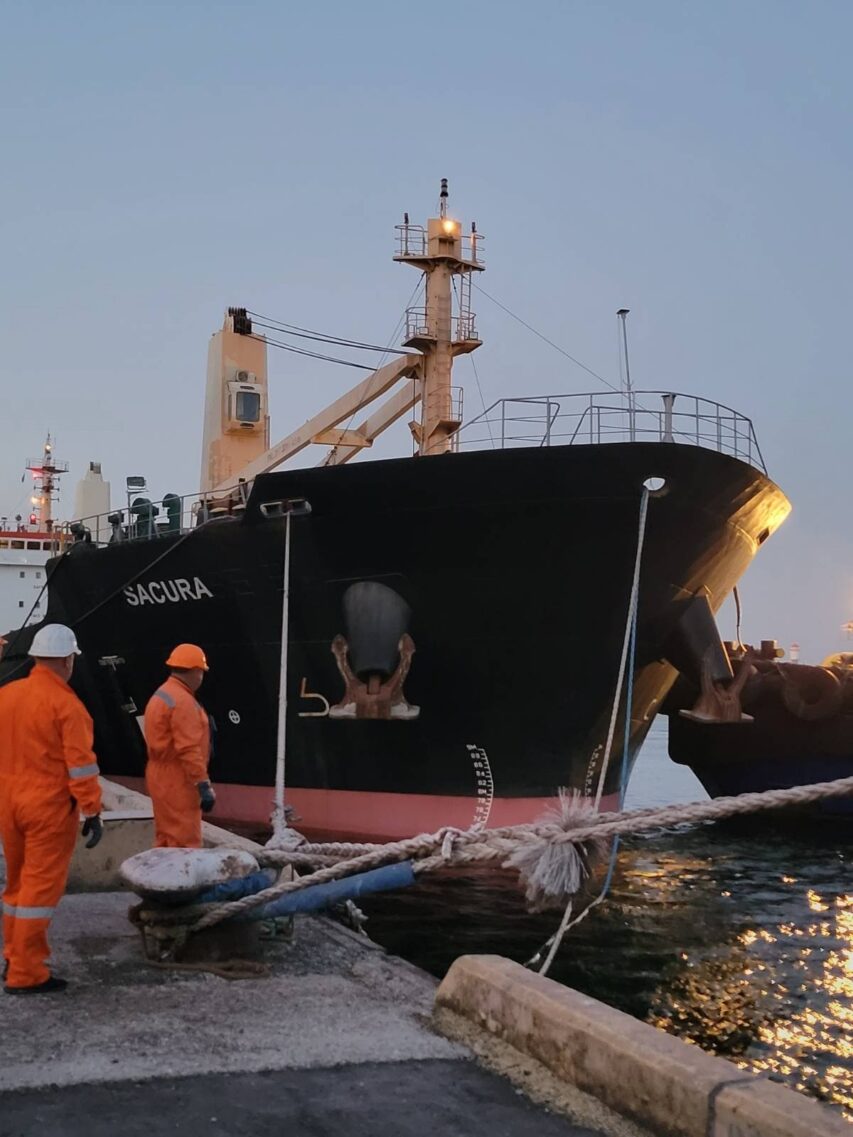 For the first time during russia’s full-scale invasion, a ship with Ukrainian grain left Pivdennyi port, which became the third Ukrainian port through which ships began to export grain from Ukraine. Serhii Bratchuk, Spokesperson for the Odesa Oblast Military Administration spoke about this during a briefing at Media Center Ukraine.

“As the last few days have shown, the route is working. Ukraine fulfilled all obligations. And there is already some feedback. Certain negotiations are taking place, there are over a dozen applications for other ships to enter our ports and take Ukrainian grain, so it could be exported,” — Serhii Bratchuk said.

The bulk carrier SACURA, which left Pivdennyi port in the morning, is on its way to Italy. This was reported by the Infrastructure Ministry of Ukraine. The ship joined the caravan with the bulk carrier ARIZONA, which departed from the port of Chornomorsk to Turkey. Both ships carry 60,000 tons of agricultural products on board.

On July 22, in Istanbul, at the suggestion of the United Nations, Ukraine, Türkiye and UN Secretary-General Antonio Guterres signed the Initiative on the safe transportation of grain and food products from the Ukrainian ports of Odesa, Chornomorsk and Pivdenny.