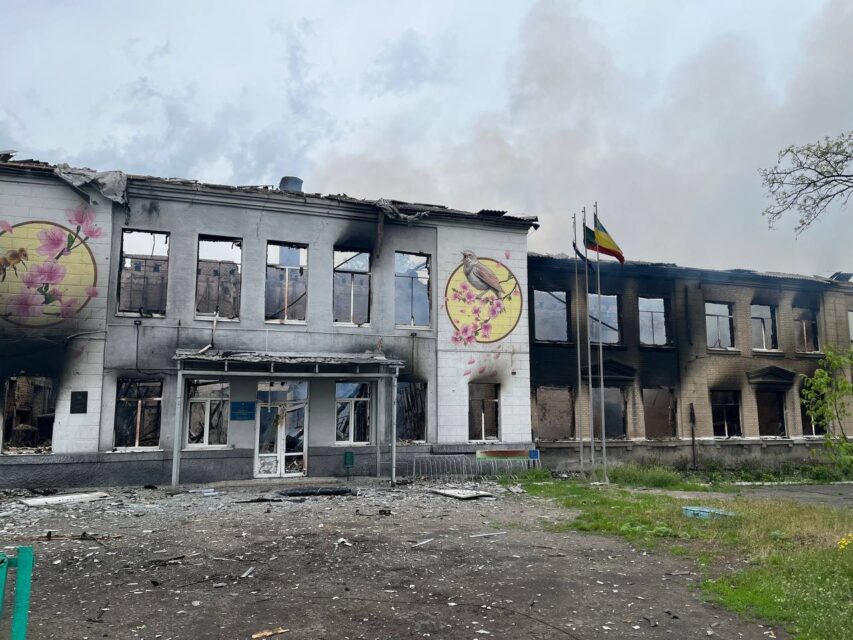 Yesterday, russians destroyed three schools, a hostel, and a construction materials plant in Donetsk Oblast. Pavlo Kyrylenko, Head of Donetsk Oblast Military Administration, disclosed this information during his briefing at Media Center Ukraine. According to him, the invaders also used aviation for their strikes. They hit settlements located 20 to 30 km away from the frontline. And they dropped a phosphorus bomb on a school in Avdiivka. The school burnt down, but no people were affected. According to Kyrylenko, such attacks aim to intimidate the local population and destroy civilian infrastructure as much as possible.

“Even if a bomb misses its target, fires usually start. And it is difficult and dangerous to extinguish fires caused by phosphorus munitions. russians try to incite panic among locals so that they would accept anything to avoid fighting. Invaders have realized they cannot take our cities; for that reason, they raze them to the ground,” Pavlo Kyrylenko stated.