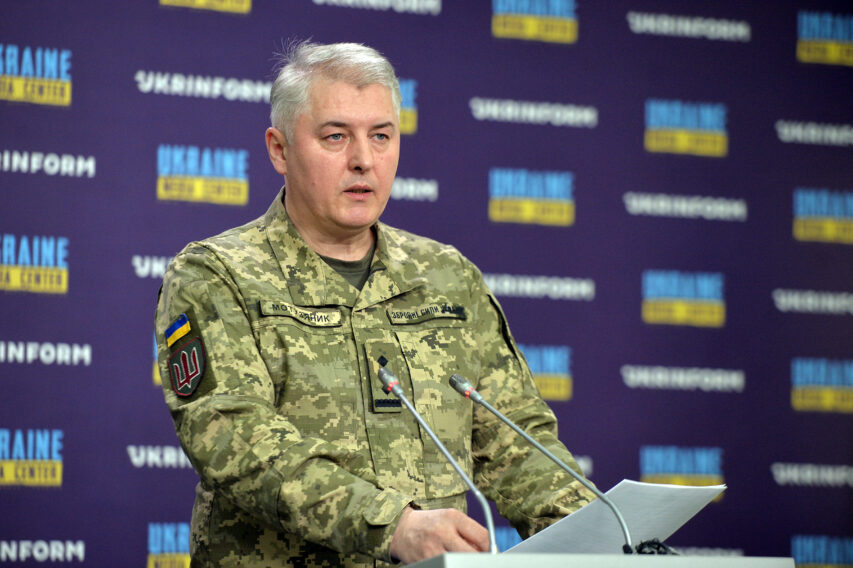 Over the past 24 hours, the occupiers’ aircraft launched 48 strikes on facilities in Kharkiv and Donetsk oblasts – Ministry of Defense

Oleksandr Motuzyanyk, spokesman for the Ministry of Defense of Ukraine, said this during a briefing at Media Center Ukraine – Ukrinform.

«The greatest activity of the occupiers is observed in Donetsk and Slobozhanskyi directions. The enemy is firing along the entire line of contact and trying to strike deep into the defenses of our troops. The occupiers’ operational and tactical aircraft launched 48 attacks at targets in Kharkiv and Donetsk oblasts. At the same time, russian long-range aircraft launched five strikes at targets in Mykolayiv and Odesa oblasts. In addition, there is a threat of further use by russia of cruise missiles from the Black Sea targeting military and civilian facilities in Ukraine,» – he said.

The Ministry of Defense reports that the enemy continues to destroy civilian infrastructure and residential areas of Ukrainian cities with air strikes and artillery shelling in Donetsk, Zaporizhzhia, Luhansk, Mykolaiv, Odesa, and Kharkiv oblasts. The russian government is taking steps to integrate the occupied territories into russia.

As part of «the Victory Day» celebrations, the occupation administrations intensified counterintelligence activity, increased the number of checkpoints and patrols, imposed a curfew by May 10, and imposed restrictions on the movement of local residents. Groups of people from the temporarily occupied territory of the Autonomous Republic of Crimea and some regions of the russian federation have arrived in the occupied territories of Kherson and Zaporizhzhia oblasts to create propaganda stories for the russian media,» – Oleksandr Motuzyanyk noted.

He added that the enemy continued the offensive operation in the Eastern Operational Zone. The main goal is to achieve full control over the territory of Donetsk, Luhansk, and Kherson oblasts, and to ensure the stability of the land corridor with the temporarily occupied territory of the Autonomous Republic of Crimea.