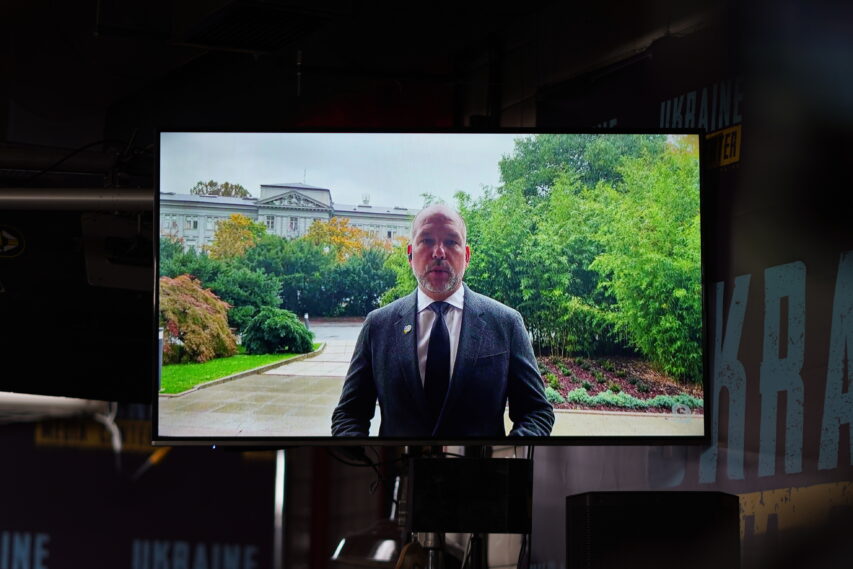 Our Communities Globally, in the United States, in Europe, in Canada Call for Listing russia as a Terrorist State — President of Ukrainian World Congress

What to expect from the First Parliamentary Summit of the International Crimea Platform which currently takes place in Croatia and how the Ukrainian World Congress works since the beginning of rf’s full-scale invasion — Pavlo Grod, President of Ukrainian World Congress, answered these and other questions during the briefing at the Media Center Ukraine.

We also offer powerful quotes from the speaker:

On expectations from the First Parliamentary Summit of the International Crimea Platform in Zagreb:

“For the first time, the Crimea Platform is being held beyond Ukraine, in Zagreb. And the second is that this is the first time that parliaments meet, more than 40 parliaments of the world are represented today, and it is expected that the legal framework globally will be further strengthened to support Ukraine, to ensure that these countries will never recognize Crimea annexation. And to create a stricter international legal framework to counteract russian aggression against Ukraine and against the world.”

About the new Summit venue:

“It is essential to understand why it is held in Zagreb. Just yesterday, as the Ukrainian World Congress delegation, we met with the Prime Minister, the Minister of Foreign Affairs, and the Head of Druzhba Parliamentary Group. And we heard from them that the Croats really experienced in their war for independence what Ukraine is experiencing today. And that is why Croatian people are rooting for and support Ukraine in these very difficult times.”

“I would say that the mood is combative. Everyone realizes that the situation is very complex right now, because winter draws on. We all know that winter in Europe will be hard. It will be hard in Ukraine, in particular. And parliamentarians just consider what kind of (support — Ed.) package can be provided to Ukraine: whether it is sanctions, whether it is micro- and macroeconomic financial support. This is exactly the Ukrainian delegation’s goal to discuss with the parliamentarians what is needed next.”

About operation of the Ukrainian World Congress during the russo-Ukrainian war:

“Negotiations (on assistance — Ed.) are underway with literally all Western democratic countries. There is financial, economic, sanction assistance, and military assistance which is the most critical today. But we also say that we must punish russia and one of the forms is to recognize it as a state sponsor of terrorism. That is why our communities globally, in the United States, in Europe, in Canada, call for listing russia as a terrorist state, like Iran and similar. For this reason, this is a very big step and it is essential that the world understands and just works economically in countering russia, because we know that today, despite sanctions, russia has positive financial inflows through energy resources and we must prevent this.”