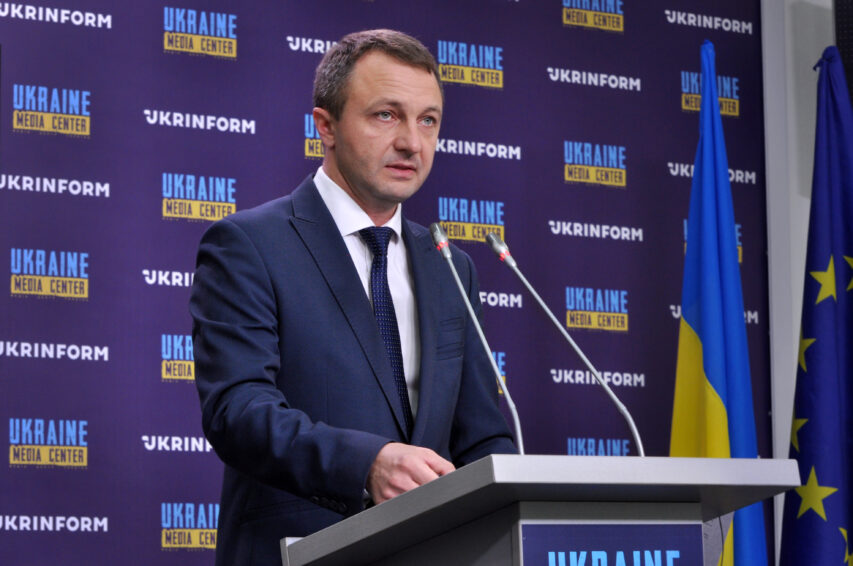 On July 16, Article 27 of Law on Language takes effect: Commissioner explains what will warrant fines

Taras Kremin, Commissioner for the Protection of the State Language said that monitoring of compliance with the language laws by state employees and officials was recently conducted.

He made the statement at Media Center Ukraine — Ukrinform.

“We emphasize that every official or state employee who reports on the news, operational information or the situation at the frontline must use the state language. We have determined that 25 officials violate the Language Law when they report such information. I ask the media to translate such speeches so that the information becomes more accessible. It is not forbidden to use a non-Ukrainian language at meetings with foreign partners, however, if such information is covered in the media, it should be exclusively in the state language,” — he said.

Taras Kremin pointed out that on July 16, Article 27 of the Language Law will take effect, which also covers user interfaces.

“It applies to all the information on devices, equipment and gadgets, which is connected to the use of household appliances. There are no particular problems here, because the vast majority of manufacturers in the world have switched to using the state language,” — he pointed out.

“As of tomorrow, all Internet resources must have versions in the national language. Along with the Ukrainian language, there may be other languages ​​as well,” — the Commissioner said.

The Commissioner for the Protection of the State Language will be able to impose fines on officials who violate the Law.

“Unfortunately, there aren’t as many representatives of the Commissioner in the regions, as we recommended, but they will be able to draw up administrative protocols and then I will consider them and issue resolutions in the form of warnings or fines. The size of the fine can range from 200 to 400 tax-free minimum incomes,” — Taras Kremin said.

In case of failure to comply with the legal requirements of the Commissioner, fines may also be imposed. If a violation by the same entity is recorded within a year again, the fine will be increased.