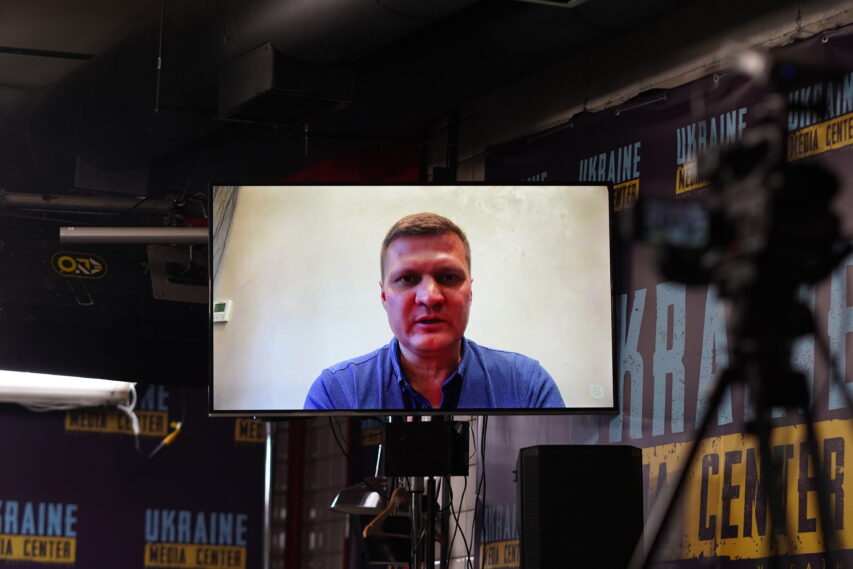 In the occupied part of Kherson region, the invaders are preventing residents from leaving for Ukraine-controlled territories and are planning to forcibly deport people to Crimea and the russian federation. Serhii Khlan, Deputy of the Kherson Oblast Council made this statement at a briefing at Media Center Ukraine.

“They introduced a system of electronic passes… There have actually been difficulties all week (with the system). For now, they are finally issuing these permits, people are starting to leave, but in very small numbers. In fact, the occupier is stemming the flow of people from the occupied territory, and at the same time, they are offering people to leave for “rehabilitation” in Crimea. And as they point out, this is supposed to protect them from artillery strikes, in other words, they are spreading a kind of propaganda aimed towards children who are involved in the educational process,” — Khlan explained.

According to the deputy of Kherson Oblast Council, the occupiers want to forcibly deport people in order to keep them hostage.

“At the moment, the plans for the departure of children, parents and the elderly to Crimea are being forcibly sent out to their occupation administrations, apparently claiming security issues. But we understand that this is nothing more than forced deportation in the light of the de-occupation of Kherson region. And the same thing happened in occupied Kharkiv region. Children were sent to russia, and after the de-occupation, the children have not been returned to their parents, so now it is precisely the same scenario that is unfolding in occupied Kherson region,” — Khlan added.