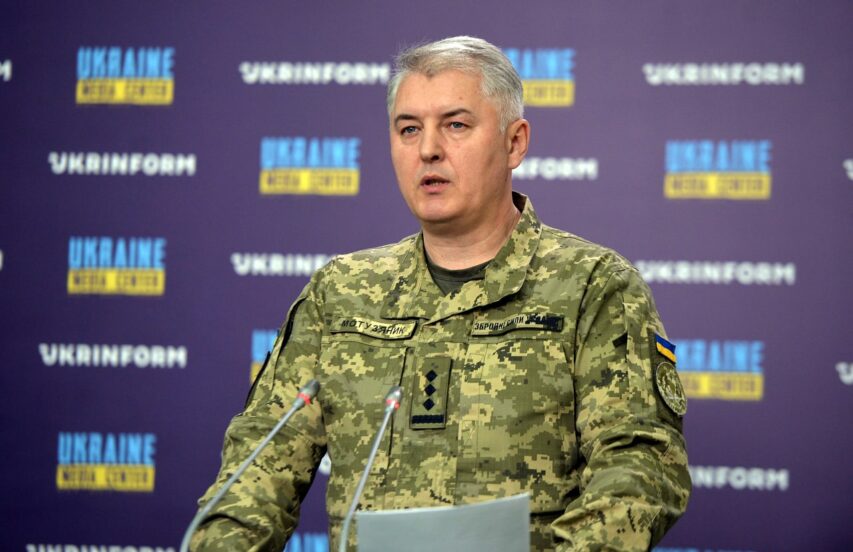 “Near Kharkiv, Invaders Aim to Prevent Ukraine’s Armed Forces from Moving toward the National Border,” Ministry of Defense

Invaders continue to be engaged in active combat in the Eastern Operational Area, shell forces along the entire frontline, and try to bombard the depth of our defenses. Invaders are most active in Sloboda and Donetsk directions.

Oleksandr Motuzianyk, the speaker of Ukraine’s Ministry of Defense, stated this during his briefing at Media Center Ukraine — Ukrinform today, on May 12, 2022.

“Near Kharkiv, units of the russian army are regrouping to prevent the continued progress of our forces toward Ukraine’s national border. To this end, the invaders keep shelling our forces with artillery to destroy our personnel, weapons, and military equipment,” he said.

Oleksandr Motuzianyk also mentioned an ongoing threat of strikes with sea-launched cruise missiles from the Black Sea against military and civil facilities within Ukraine’s territory.

In the Black Sea Operational Area, the invaders focused on increasing their military presence on the Serpent Island and unleashed terror against civilians in the occupied territories of Ukraine.