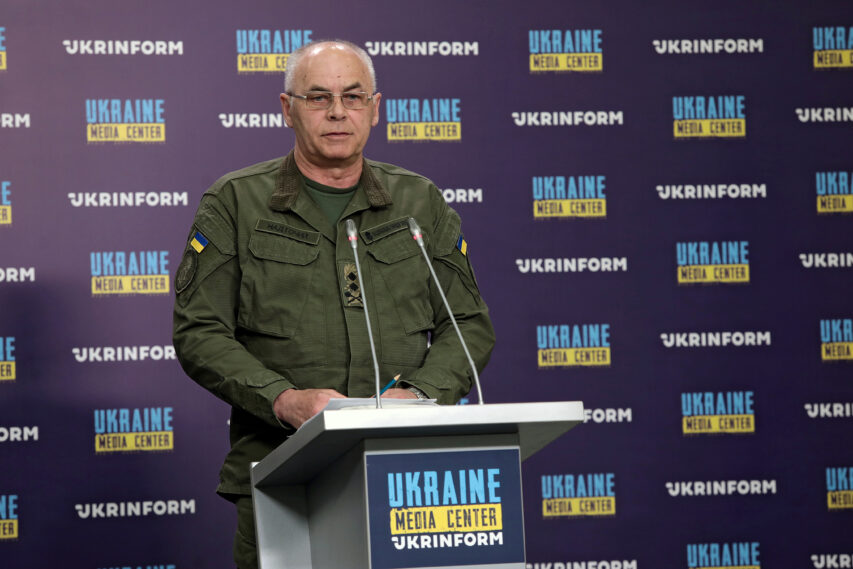 Oleksii Nadtochyi, head of the Operations Office of the Main Directorate of the National Guard of Ukraine, reported this event during his briefing at Media Center Ukraine — Ukrinform.

“The National Guard personnel destroyed an electronic warfare post of russian invaders in Kharkiv Oblast. They hit the enemy radar installation with artillery. Defenders of Ukraine used a UAV drone to detect the EW post and adjust fire,” the general explained.

Invaders use EW systems as a powerful tool of warfare that makes it possible to dilute the technical potential of the foe because no modern army can fight without efficient communication. With this operation, the guard personnel made it impossible for the enemy to intercept radio communications between our forces and jam signals of our radio stations.

In addition, according to Oleksii Nadtochyi, the National Guard’s air recon unit found a command center of russian invaders in Kharkiv Oblast. It was destroyed by the artillerists of Ukraine’s Armed Forces.

“Using a UAV drone, the guardsmen detected a command center of the foe, a pile of ammunition with a lot of military equipment and personnel nearby. The information was handed over to artillery units of Ukraine’s Armed Forces. As a result, they destroyed targets successfully,” the head of the Operations Office of the Main Directorate of the National Guard of Ukraine explained.