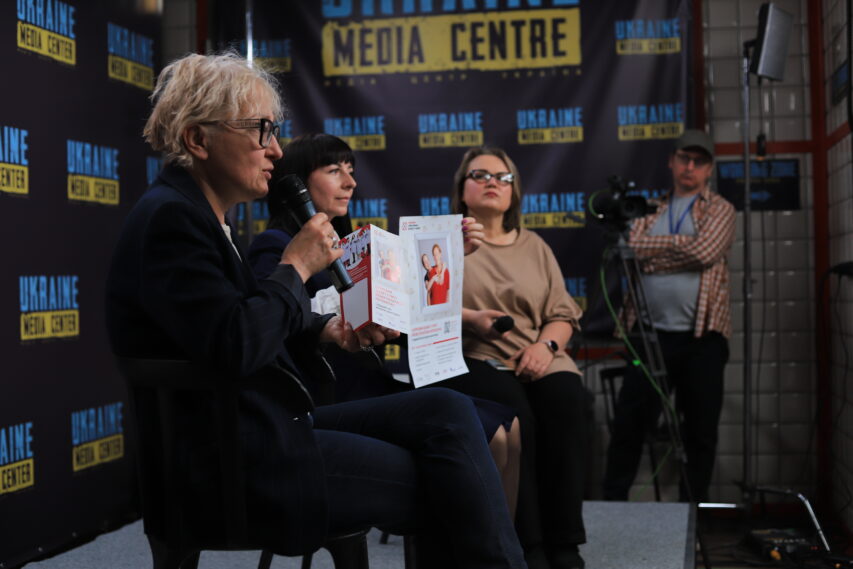 Due to the significant stress provoked by the full-scale russian invasion, Ukrainians are at increased risk of developing type 2 diabetes. Family doctors of Lviv region are actively fighting against this within the framework of the «Myslyvtsi za diabetom» (Diabetes Hunters) information campaign of «Act for health» Ukrainian-Swiss project. This was discussed at a briefing of Lviv and Lviv oblast officials and representatives of «Act for health» project at Media Center Ukraine.

There will be mobile teams in the Lviv region to help both local and internally displaced persons (IDPs), in particular in the treatment of diabetes. In addition to diagnostics, people will be provided with free medicines. Experts will conduct an active information campaign to draw attention to diabetes testing and treatment.

«IDPs who found themselves in the Lviv region, and eventually in other regions of Ukraine, face a lot of issues. These are social, housing, employment issues, and education of children. Therefore, health issues sometimes, and even very often, take a back seat, especially when it comes to chronic diseases. Therefore, in my opinion, «Act for health» project has timely launched and continues the information campaign for the prevention of diabetes. Stress is a significant trigger causing the disease, which is insidious because it is asymptomatic in the beginning, but ends in severe complications and a person becoming with disabilities,» – «Act for health» regional coordinator in Lviv oblast Maryana Sluzhynska said.

«To date, more than 64,000 people with diabetes are registered in Lviv oblast. Despite the number of people living in the Lviv region, we can already see that there are a large number of IDPs seeking medical care. We cope with this thanks, first of all, to family doctors who help from the first days,» – Director of Healthcare Department of Lviv Oblast Military Administration Orest Chemerys said.

More information on the project is available at:
facebook.com/actforhealth.in.ua/