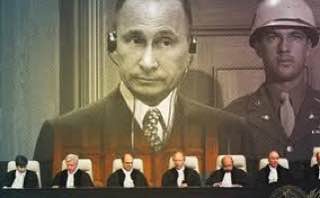 More Than 400 Members of the European Parliament Voted for the International Tribunal on the Crime of Aggression Against Ukraine, and It Also Concerns belarus — Maria Mezentseva

On January 19, the European Parliament voted to create a special international tribunal to bring to justice those responsible for the crime of aggression against Ukraine. 472 Members voted “for”. Maria Mezentseva, Member of the Verkhovna Rada, Head of the Permanent Delegation of the Verkhovna Rada of Ukraine to the Parliamentary Assembly of the Council of Europe, commented on the results during the briefing in the Media Center Ukraine — Ukrinform.

“I am sure you saw yesterday’s historic voting at the European Parliament. Frankly speaking, I did not expect such a figure. 19 Members abstained, and, it seems to me, a little more than 30 voted “against”. All the others voted “for”. The figure of 400+ Members — I do not remember such a resolution on recent topics on Ukraine. The text is very advantageous. By the way, it also concerns belarus and the dictator lukashenko. The territory of the state of belarus is used for training the russian army, for the forces transfer, as an alternative direction of a potential offensive against our State. Therefore, it is very fair that a part of the document is devoted to this matter,” Maria Mezentseva said.