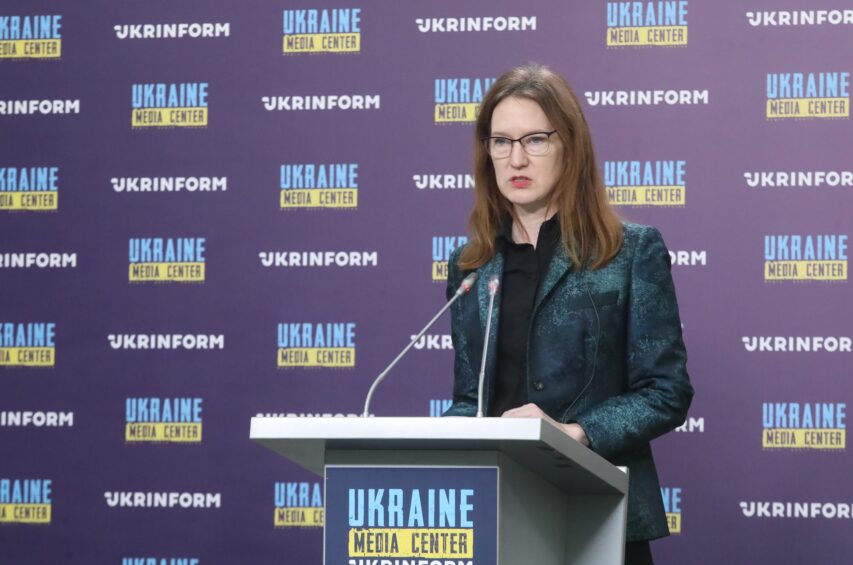 More Than 300,000 Ukrainians Since 1991 and More Than 46,000 from 2019 to 2022 Suffered from Human Trafficking-Related Problems — International Organization for Migration

For thirty-one years, more than 300,000 Ukrainians have suffered from problems related to human trafficking, and in the last two years alone, such persons have numbered more than 46,000. Chissey Mueller, Senior Protection Coordinator at IOM (International Organization for Migration) Ukraine, told this during the briefing in Media Center Ukraine — Ukrinform.

“According to estimates, more than 300,000 Ukrainians have suffered from problems related to human trafficking since 1991. We also know that from 2019 to 2022, more than 46,000 Ukrainians found themselves in situations related to human trafficking. Labor and sexual exploitation resulted in that Ukrainians found themselves in modern slavery, in the last period in Poland and the russian federation, as well as in Ukraine,” Chissey Mueller stated.

The expert added that young people are a vulnerable category of people whose behavior can lead to falling into modern slavery.

“We found out that 15% of Ukrainian youth aged 15–22 would accept offers from strangers to move to new places. This is very risky conduct. Therefore, we have developed an online game where children and young people can learn the basic tricks used by criminals engaged in human trafficking,” Chissey Mueller said.