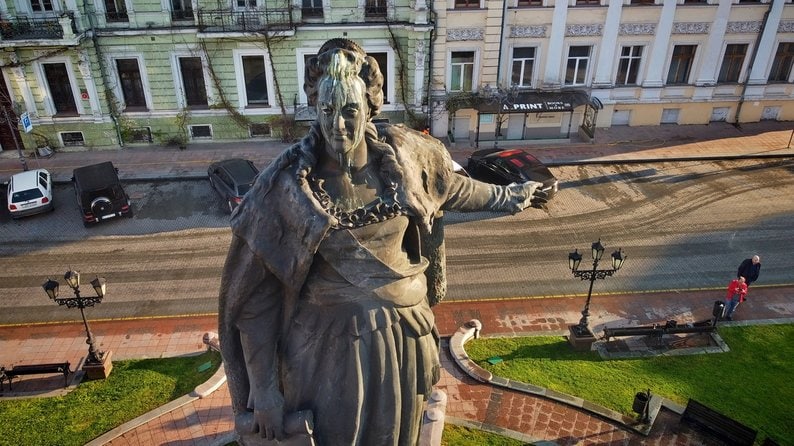 Monument to Catherine II must be removed from Odesa, but decision rests with city authorities

Monument to Catherine II must be removed from Odesa, but decision rests with city authorities — Serhii Bratchuk

“When we talk about the decommunization, it actually encompasses de-russification. The so-called monument to Catherine II should be removed. This is my point of view. As for the position of Odesa Oblast Military Administration, it was fully supported by the President, responding to the petition. The city administration has all leverage and all tools. They have the authority, and everything must be done in accordance with the law. The ball is in the court of the city authorities, I don’t see any problems in solving this issue,” — he said.

As reported, on August 1, President Volodymyr Zelenskyy responded to a petition signed by more than 25,000 citizens regarding the demolition of the monument to Catherine II in Odesa and suggested that the Odesa City Council consider this issue, which falls within its mandate. At the same time, the head of state emphasized the importance of protecting national interests and cleansing the public space from objects and monuments related to the russian imperial and soviet heritage, “which consolidates russian propaganda anti-Ukrainian narratives in Ukraine.”