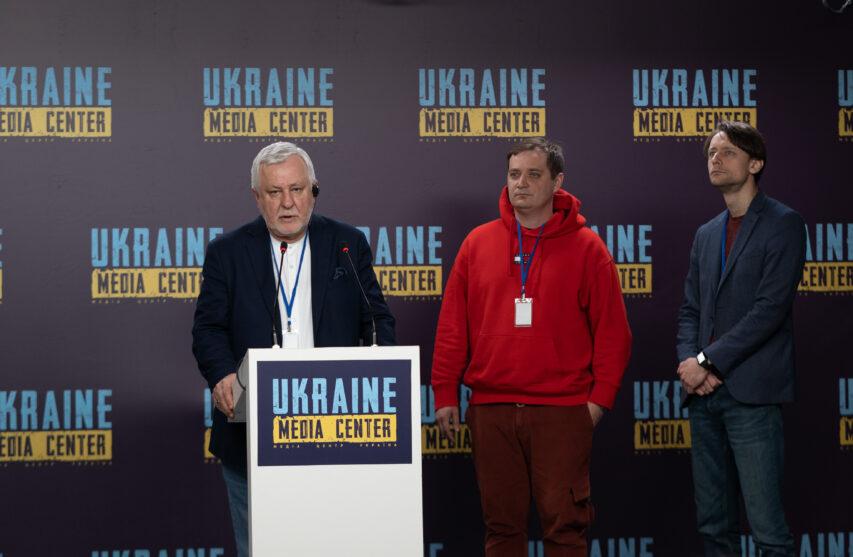 General Director of Lviv National Opera Vasyl Vovkun said during a briefing at Media Center Ukraine that on May 6, Lviv National Opera would present TOGETHER WITH UKRAINE international charity project. This is a series of online concerts featuring famous works by Ukrainian composers and world classics.

«This is an online broadcast of the best national works, musical classics, ballets, chamber works and choral works. It is with this project that we want to tell the world about ourselves, about our culture, that existed, exists, and will continue to exist,» – Vasyl Vovkun said.

Vovkun also said that the TOGETHER WITH UKRAINE project would start with the original Symphony No. 3 by composer Borys Lyatoshynskyi. This work was criticized by the Soviet authorities back in the days.

The orchestra of the Lviv National Opera will be conducted by the chief conductor Ivan Cherednichenko, whose parents were killed by the russian occupiers in Irpin.

«Music appeals to the emotional part of human life in itself. Of course, music cannot help but lead to reflections on any manifestations of human life. The war, historically, encourages composers to convey their inner feelings, which are then reborn into a piece of music. These musical works often live for centuries,» – conductor, head of the musical department of the Lviv National Opera Ivan Cherednichenko said.

The project will be broadcasted in 32 countries. Tickets will be available on the website of the Lviv National Opera. The funds will be used to purchase a mobile hospital.

«We plan to raise funds for a mobile hospital. We have a memorandum with the Lviv Military Hospital for the purchase of a military mobile hospital. This is a vehicle that can move to military spots and can save more than 500 people a month,» – CEO and founder of «Kontramarka» Oleksandr Poryadchenko said.