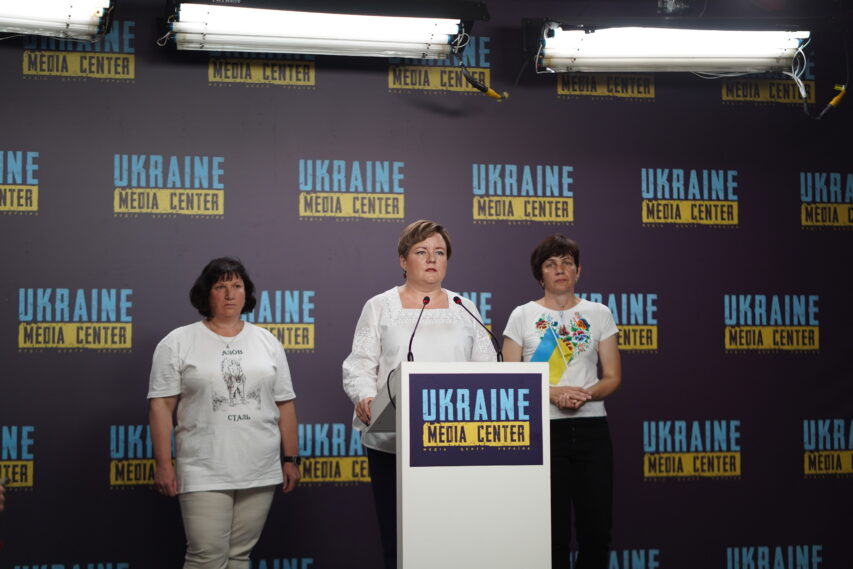 “International Organizations Failed to Respond to Our Appeals to Release the Soldiers,” Relatives of Azov POWs

Families of the military personnel from Azovstal taken prisoner are waiting for international organizations and world leaders to react to their requests for help releasing the warriors. Mothers of POWs stated this during their briefing at Media Center Ukraine. According to them, a statement by António Guterres, Secretary-General of the United Nations, about setting up a mission to investigate the killing of the prisoners of war in Olenivka in Donetsk Oblast was the only reaction to their appeals.

“When our relatives were taken prisoner, we appealed to all international organizations, our diplomats, and world leaders for them to help release our soldiers from custody. So far, there is no reaction… After their meeting (among António Guterres, Secretary-General of the United Nations, Recep Tayyip Erdoğan, the President of Türkiye, and Volodymyr Zelenskyy, the President of Ukraine – Publisher), Mr. Guterres published a statement that a mission was working that had been organized to investigate the crime perpetrated in Olenivka almost a month ago. We are interested not only in investigating the crime; it is important to organize a mission on the living POWs. We don’t know their condition; we don’t know where they are. We understand that they are taking investigating measures involving our relatives; we realize that they are being tortured,” Iryna, the mother of a POW from the Azov Regiment, explains.

Relatives of the prisoners of war called upon the international community to stop the unlawful trial of prisoners of war that can take place in Mariupol on August 24, Ukraine’s Independence Day.

“How can one try an official unit of the National Guard for defending the country in pursuance of orders of the Commander-in-Chief and articles of the Constitution? It is an absurd situation that can end in tragedy,” Dana, the mother of a POW from the Azov Regiment, summarized.