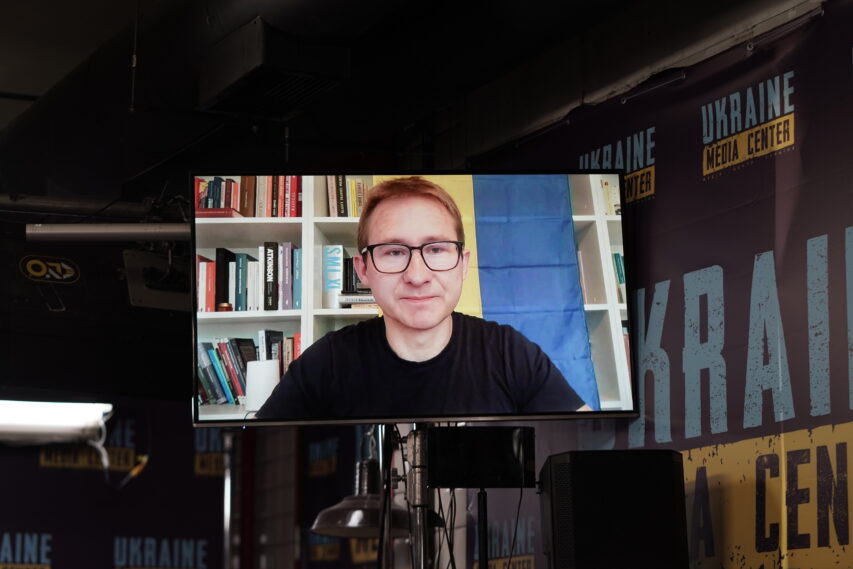 “In Poland, about Half the Amount Needed for a Bayraktar for Ukraine Was Raised in Two Weeks,” Sławomir Sierakowski, Fundraising Campaign Organizer

Within two weeks, approximately 50% of the amount needed to buy a Bayraktar strike UAV for the Ukrainian army was raised in Poland. Sławomir Sierakowski, a Polish publicist and journalist, and organizer of the campaign to raise funds for a Bayraktar for Ukraine, told this during his briefing at Media Center Ukraine. According to him, the idea came up spontaneously, inspired by the example of Ukrainians and Lithuanians who raised funds for these UAs earlier.

“We have already raised about half of the amount, without any preparations, purely spontaneously. Now, the media, at least the liberal ones, also joined us. We had two weeks to raise half the amount. You also need to understand that July is vacation time, and the inflation rate in Poland is very high, so people are frightened. But it is the right moment for such a campaign, in fact. We need to remind the Poles and the Europeans that it does not matter if it is the vacation season or not because there are no vacations for Ukrainian soldiers,” Sławomir Sierakowski said.

According to him, about USD 5 million will be needed to buy a Bayraktar; however, he hopes that Baykar, the Turkish manufacturer, will be able to offer it as a gift so that the money would be used for humanitarian aid to Ukrainians. Sławomir Sierakowski explained why Poles take the Ukrainians’ fight so personally.

“In fact, russia is the reason for this. We are in the same situation; essentially, you are fighting for us and defending us, not only yourselves. If someone is ready to face the truth, they realize it really well that if you lose, we will be next. It must be the major reason Poles are so supportive,” Sławomir Sierakowski added.

According to earlier reports, almost EUR 6 million were raised in Lithuania to buy Bayraktar UAVs for Ukraine. In their turn, Ukrainians raised UAH 600 million for these drones. The Turkish company Baykar said it would hand over three Bayraktar TB2 UAVs to Ukraine and one UAV to Lithuania (for Ukraine – publisher) free of charge.