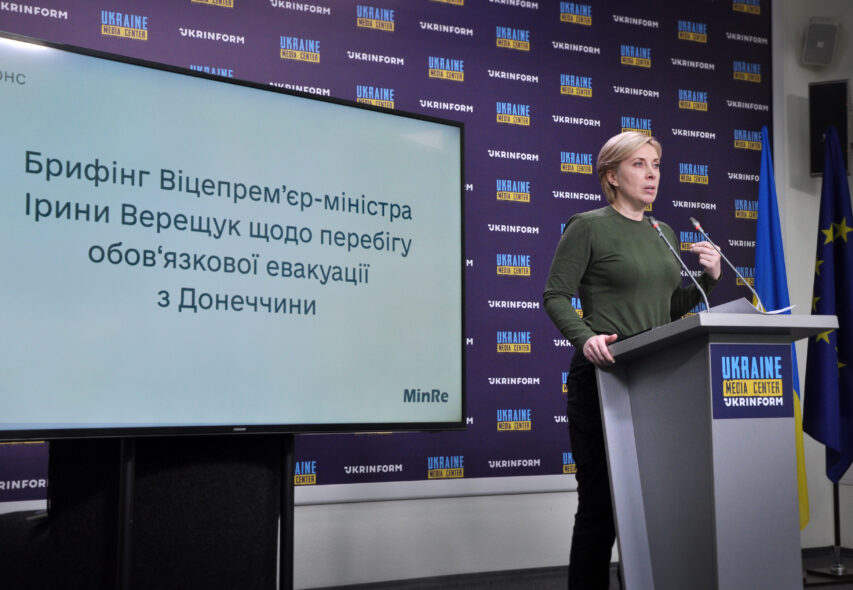 “In Donetsk Oblast, 50,000 Children Still Remain; They All Need to Be Evacuated,” Iryna Vereshchuk

Iryna Vereshchuk said that, in addition, to incessant shelling by russia, the compulsory evacuation was caused by the heating season considerations. The invaders destroyed the region’s heating infrastructure, so the heating season would not start here this year, with residents of Donetsk Oblast, especially vulnerable and less mobile groups, running the risk of freezing in winter.

“There are about 50,000 children in Donetsk Oblast now. It is quite a lot. By now, 3,908 people, including 777 children, have been evacuated. This performance is very weak. However, the foe keeps destroying all networks vital for the region. This is why we insist on the evacuation, the Vice Prime Minister – Minister for the Reintegration of Temporarily Occupied Territories said.

Vereshchuk gave assurance that people would be assisted with signing up for evacuation, reaching the meeting point, and being transported to the place of residence. People are currently offered an opportunity to move to Kirovohrad, Poltava, Khmelnytskyi, Zhytomyr Oblasts, and respective regional capitals.

There are special trains for less mobile people, and the Ministry promises to help transport them and find accommodation for them. Immediately on arrival, people are paid a one-off allowance of UAH 2,000 per adult or 3,000 per child or disabled adult in cash. After that, people with the IDP status are paid this allowance monthly. International organizations support the IDPs as well.