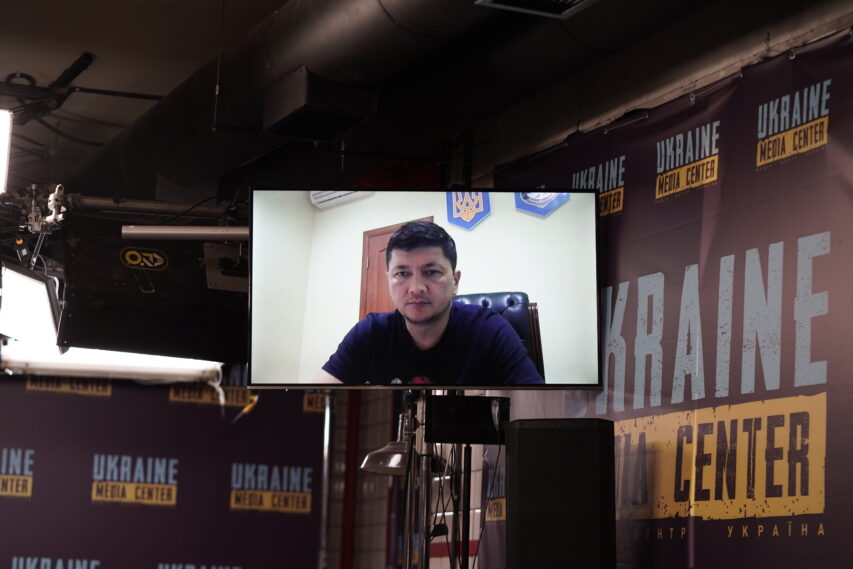 The agrarians of Mykolaiv region expect that the four-party negotiations in Istanbul will result in the unblocking of local ports, Vitaliy Kim, Head of Mykolaiv Oblast Military Administration said at a briefing at Media Center Ukraine.

“We have six ports. And the logistics are set up in such a way that ships leave from here. And now they are taking (the cargo) to Odesa, and there are queues, and it (the cargo) is unloaded there. That’s why our farmers are waiting for the Mykolaiv ports to be unblocked, even though they are damaged,” — Vitaliy Kim noted.

The head of the region also said that the harvest “is in full swing.”

“War changes everything. For the first time in my life, I am happy about the busy traffic, because now the roads are completely overloaded with trucks. The crop is being exported to the western borders so that it can be sold and exported,” — Vitaliy Kim said.

As reported, the military delegations of Türkiye, Ukraine, russia and the UN delegation recently held a meeting in Istanbul, during which the parties discussed the export of grain from Ukraine via the Black Sea. According to Anadoly, Turkish Defense Minister Hulusi Akar said that the participants agreed on the creation of a coordination center for the export of Ukrainian grain by sea.