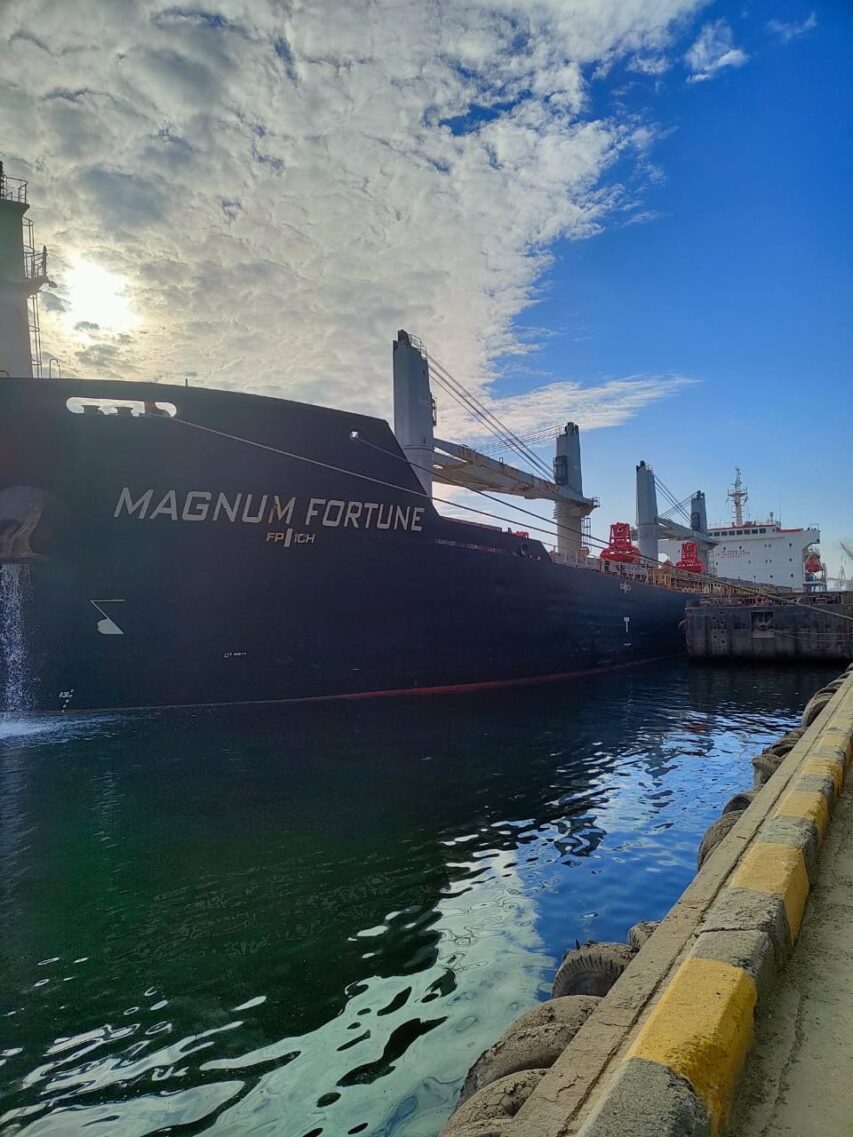 Four bulk cargo vessels with grain are to leave Odesa’s Pivdennyi Seaport under the so-called “grain initiative.” The vessels carry 115,000 tonnes of Ukrainian agroindustrial products. Serhii Bratchuk, Spokesperson for the Head of Odesa Oblast Military Administration, told this at his briefing at Media Center Ukraine.

“Importantly, 51,000 tonnes of wheat are shipped to Bangladesh and 30,000 tonnes of maize to Libya. Overall, 235 vessels have already used the grain initiative, with 5.5 million tonnes of agrarian products exported,” Serhii Bratchuk stated.

According to him, the latest attacks on Odesa with the Iranian Shahed-136 suicide drones could have been aimed to derail the grain initiative. However, russia did not succeed.

“There are worrisome aspects, but we base our stance on our country’s international commitments. It is a unique case in history where a state is at war but meets its international commitments in full at the same time to rescue the world from famine. There are guarantees from Turkey and the UN; on a separate note, there is a separate UN Food Program for the Ukrainian grain, and four vessels have already left the port under the program. The grain initiative is working, and we hope it will keep doing so. All risks are considered, and we will respond to them,” the spokesperson for the Head of the Odesa Oblast Military Administration assured.