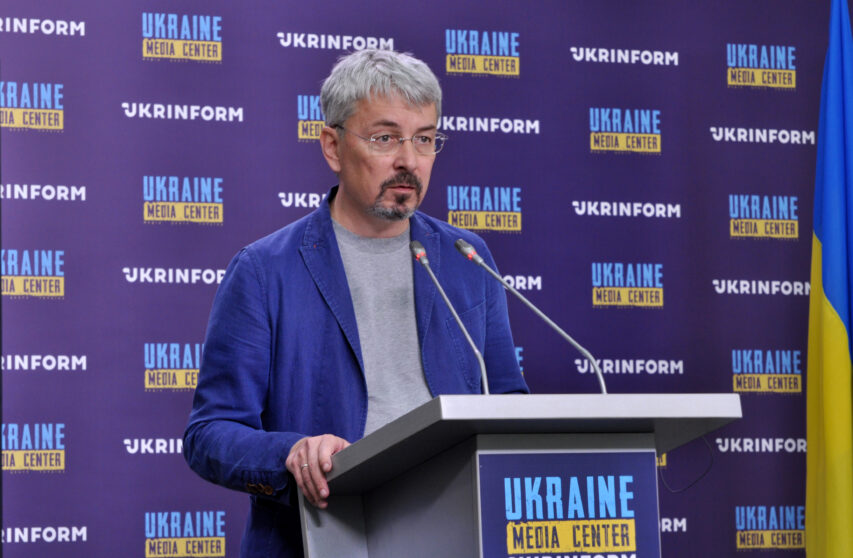 Oleksandr Tkachenko, Ukraine’s Minister of Culture and Information Policy, reported this during his briefing at Media Center Ukraine – Ukrinform.

According to him, the first meeting of the Expert Council has taken place recently. The Council came up with a list of recommendations on addressing the consequences of the russification and totalitarianism in Ukraine.

“The Expert Council of the MCIP on Overcoming the Consequences of Russification and Totalitarianism in Ukraine recommended that the following criteria be considered while removing russian or soviet symbols of the totalitarian policy from the public space, such as the extent and consequences of the participation of a politician in implementing russia’s imperial or soviet policy, the contribution to developing the Ukrainian culture, the attitude toward the Ukrainian identity,” the Minister of Culture said.

It is not appropriate to use names or symbols associated with russia’s imperial or soviet policy aimed at subjugating Ukraine and other crimes of the regime; names not related to Ukrainian history, persons directly implicated in persecuting independence fighters, implementing political repressions, and perpetrating other crimes of the imperial and totalitarian regimes, persons and events mythologized in the imperial and totalitarian propaganda that russian propaganda operators use to disseminate their narratives till now.

According to Tkachenko, the Expert Council of the MCIP on Overcoming the Consequences of Russification and Totalitarianism in Ukraine recommended that the team of employees of Tchaikovsky National Musical Academy of Ukraine consider removing the name of Tchaikovsky from the name of the Academy at the employee meeting.