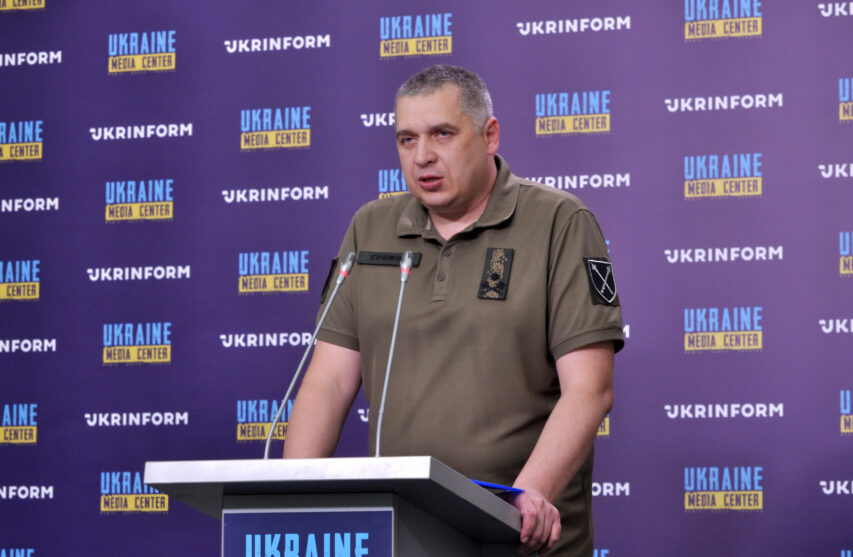 belarus continues to support russia in its aggression against Ukraine. At present, military equipment is being repaired and pulled out of storage at belarusian warehouses.

This statement was made by Oleksii Hromov, Deputy Head of the Main Operations Directorate of the General Staff of the Armed Forces of Ukraine at Media Center Ukraine — Ukrinform.

“It is possible that this equipment will be used on the Donetsk axis. In addition, military infrastructure is currently being built at Zyabrivka airfield, which gives grounds to believe that this territory will become a location for russian equipment and troops,” — he said.

According to the General Staff, on the Kharkiv axis, the enemy units are focusing their efforts on preventing the Defense Forces from entering the rear of a group of occupying forces operating on the Sloviansk axis. The enemy conducted air reconnaissance in the areas of Bairak and Rubizhne settlements.

“On the Sloviansk axis, the aggressor’s group is focusing on improving the tactical situation and identifying weaknesses in the defense of our troops. The enemy is trying to create conditions for the resumption of the offensive in the Izyum – Barvinkove and Izyum – Slovyansk axes. In order to strengthen the grouping of troops in the area of ​​the city of Izyum, the enemy moved up to two tank units. The occupiers plan to use multiple rocket launchers on the Slovyansk axis,” — Oleksii Hromov said.

On the Donetsk axis, the enemy is concentrating its main efforts on establishing full control over the city of Severodonetsk.