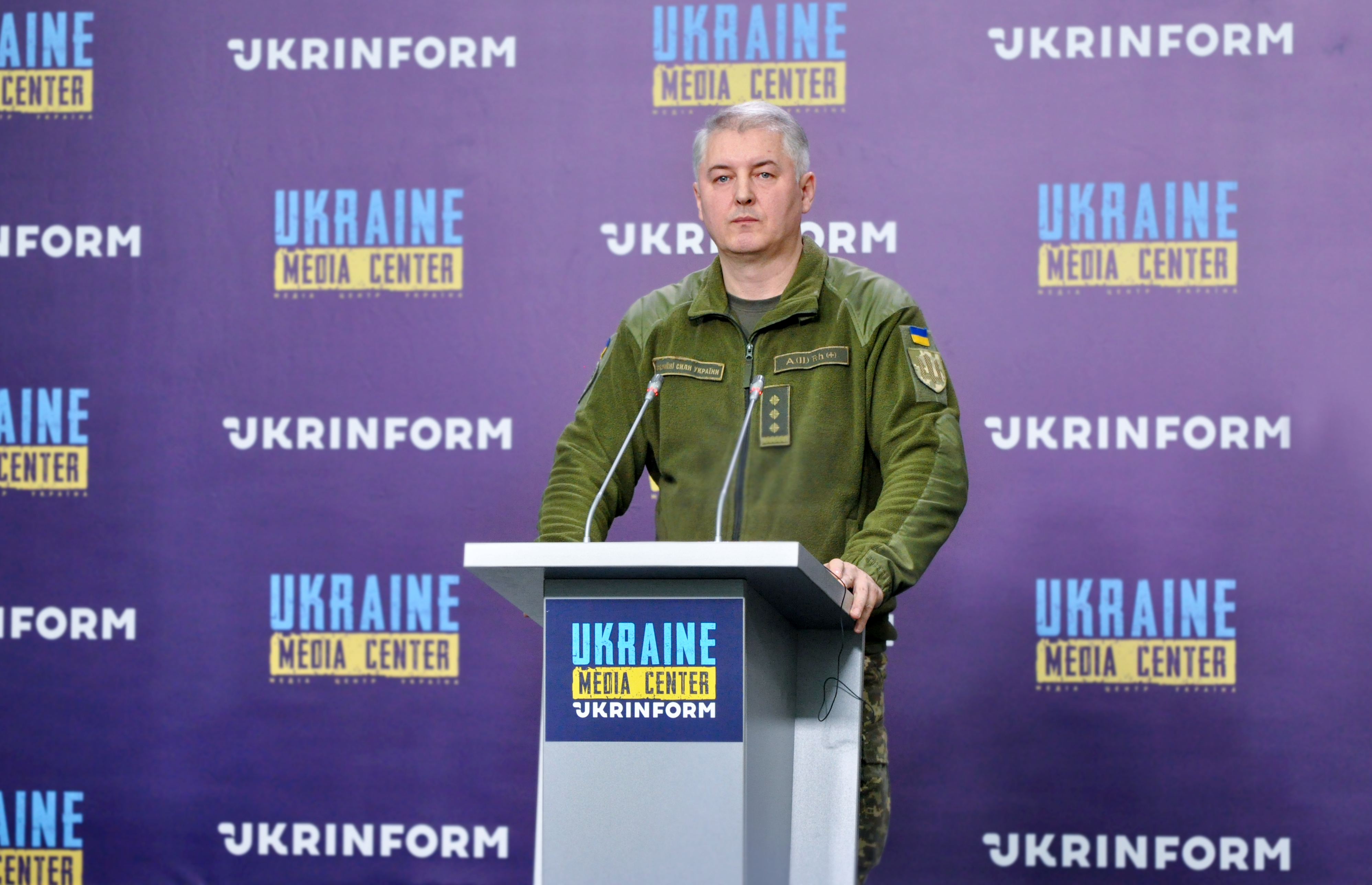 East of Ukraine: the enemy intensifies the offensive simultaneously in all directions

Spokesperson for the Ministry of Defense of Ukraine Oleksandr Motuzyanyk said during a briefing at «Ukraine» Media Center (Kyiv) the russian troops were gradually intensifying the offensive in the east of Ukraine simultaneously in all directions, with the most of their activities focused in Slobozhanskiy and Donetsk directions.

He informed that the enemy was conducting an offensive operation in the Eastern Operational Zone.

Motuzyanyk emphasized the enemy’s main goal remained unchanged – to surround the Ukrainian defense forces, establish full control over the Donetsk, Luhansk and Kherson regions, and ensure the stability of the land corridor with the occupied territory of the Autonomous Republic of Crimea.

«The russian troops are gradually intensifying the offensive in the east of Ukraine simultaneously in all directions. The most of their activities are focused in Slobozhanskiy and Donetsk directions. In addition, there were signs of aggressor’s preparation for even greater intensification of hostilities,» – spokesperson for the Ministry of Defense said.

According to him, certain enemy’s preparatory actions indicate this.

«For instance, beds are being vacated and an additional field hospital has been set up in Balakliia central clinical district hospital. Moreover, additional refrigeration units have been deployed in the territory of the military clinical hospital to store the bodies of fallen servicemen in the russian city of Rostov-on-Don,» – Motuzyanyk said.