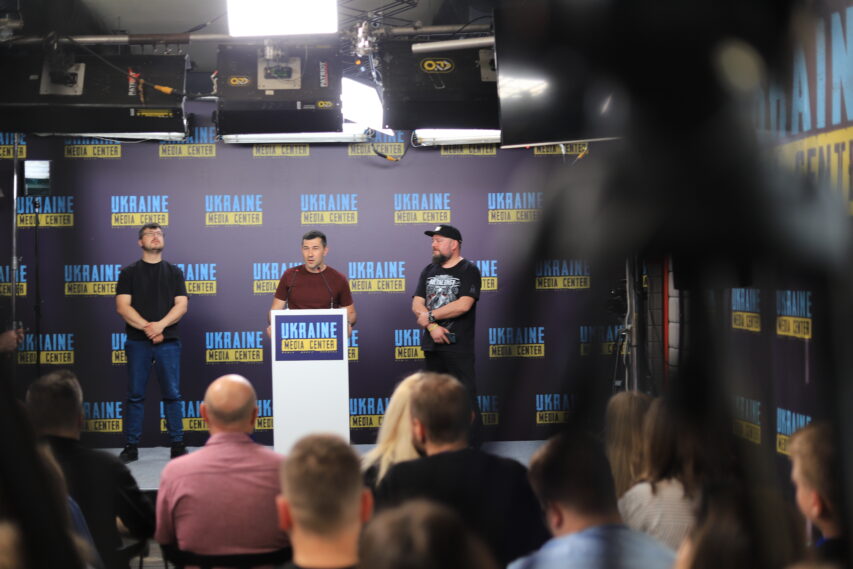 “During the War, Music Is Another Frontline That Will Help Us Win the War,” Oleksii Khorolskyi, Music Producer of Prime Orchestra

Prime Orchestra band from Kharkiv came back from its European tour of member cities of the UNESCO Creative Cities Network. The musicians aimed to bring the world’s attention to the war in Ukraine. The musicians toured Poland, Finland, Latvia, and Estonia for over a month. Yurii Rybalka, director and co-producer of Prime Orchestra — a crossover orchestra, talked about the tour during his briefing at Media Center Ukraine. According to him, Alar Karis, the President of Estonia, and Mihhail Kõlvart, Tallinn Mayor, came to the band’s concert as guests of honor. Before every concert, the musicians showed a video about Kharkiv and the horrible consequences of the russian invaders’ attack on the city.

“It was important for us to show what Kharkiv looked like before the war. How beautiful and creative the city was. And what happened to the city after the russian invasion had started,” Yurii Rybalka says.

“We produced a playlist integrated into the international culture. Firstly, we chose rock music because the world knows it well and because it is the music of protest. We also orchestrated Ukrainian music. It is important that we were able to communicate with the people who showed their fascination with the force of the Ukrainian people after the concert. Our mission is to bring attention to the war in Ukraine. And the music during the war is a frontline in its own right that will help us win the war, and make us free,” Oleksii Khorolskyi believes.

According to Denys Doroshenko, the conductor of Prime Orchestra, European listeners already know a lot about Ukraine. So, the band from Kharkiv was received very well.

“In all the cities we visited, we could see that the locals knew what Ukrainians were now. These are strong, intelligent, beautiful, and modern people who do the same as the whole world does. We all love Ukraine and do everything for it to prevail in the war,” Denys Doroshenko says.

Ukraine’s Ministry of Foreign Affairs, which sponsored the Prime Orchestra’s tour of Europe, believes that such concerts are a good example of Ukraine’s “soft power” that Ukraine needs to present to the world.

“Prime Orchestra’s concerts in Europe demonstrate once again how insubmissive our nation and the hero city of Kharkiv are. They spread our culture and strengthen support for Ukraine by the European countries, which is strong anyway. The music performed by Prime Orchestra in Europe is the genuine soft power in action,” Nina Kramareva, Second Secretary of the Ministry of Foreign Affairs of Ukraine from the Secretariat of the Ukrainian National Commission for UNESCO, explained.