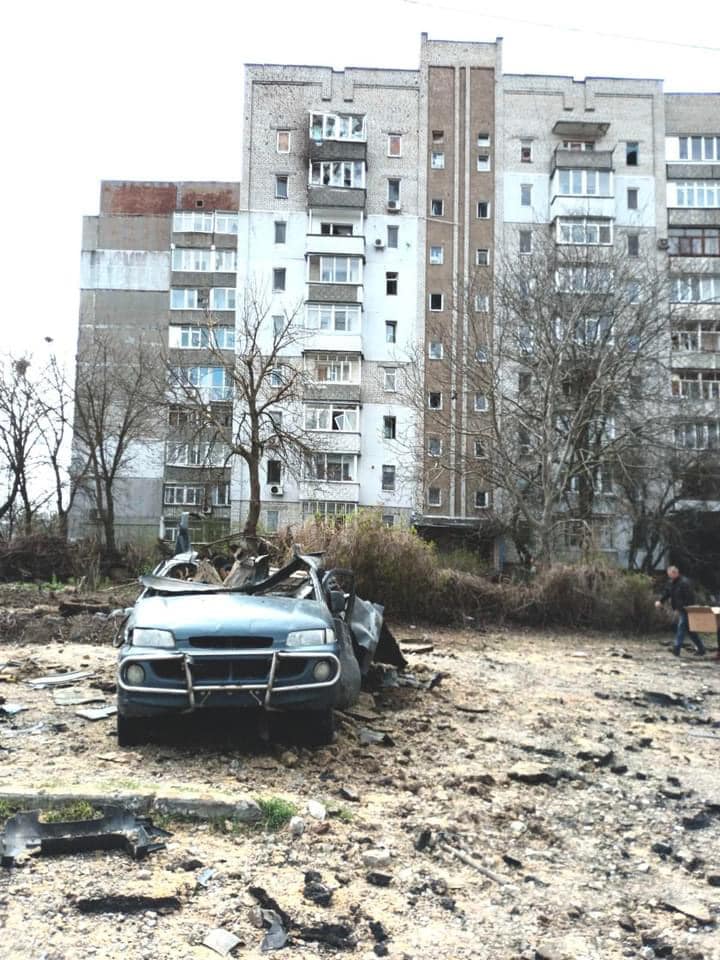 Mayor of Mykolaiv Oleksandr Sienkevych said during a briefing at Ukraine Media Center that two persons were injured as a result of the night shelling of Mykolaiv. The russians hit civilian objects in different parts of the city, residential buildings and a tire repair shop were damaged.

«The Russians chaotically and intensively shelled different districts. Cluster shells were used, and something very powerful was used too: it left holes five meters deep, and the soil flew up to the third floor of the buildings as a result of the explosion. Fortunately, since people are abiding by the two-wall rule, we have a large number of damaged buildings, but no one was killed. A civilian and a policeman were injured,» – Oleksandr Sienkevych says.

The mayor says it is difficult to say what the occupiers aimed at, as there were no military facilities near the shelled buildings.

«There is such a thing as a military economy: the destroyed object should cost more than a missile. Today in Mykolaiv, cars were damaged, glass in the houses was broken, and a power line was destroyed too. In other words, nothing resembling a real military target was hit»,  — city mayor adds.