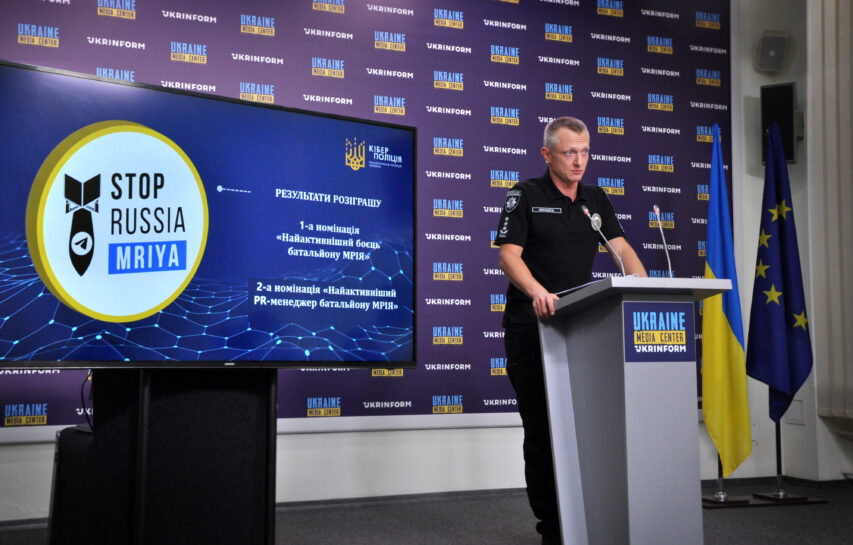 Yurii Vykhodets, Head of the Cyber Police Department of the National Police of Ukraine made this statement at Media Center Ukraine — Ukrinform.

“Since the introduction of martial law, the Cyber Police have conducted more than 950 searches. Together with other law enforcement agencies, we repelled and eliminated the consequences of 83 hostile cyber attacks, as well as prevented over 300 cyber attacks that were in the preparation stage,” — he said.

According to Yurii Vykhodets, Cyber Police officers have identified more than 1,700 servicemen of the russian federation who were accessories to war crimes on the territory of Ukraine. More than 850 propagandists of “russian world” have also been identified.

“50 collaborators have already been exposed, 44 of whom have already received a notice of suspicion,” — the Head of the Cyber ​​Police Department pointed out.

He noted that Cyber Police officers are working on the identification and preservation of digital evidence obtained during the inspection of computers and mobile devices. Other areas of focus include countering pro-russian hacker groups that are trying to attack information resources of both Ukrainian state agencies and private sector resources. The police are also searching and identifying collaborators, military criminals or other persons who support the war.