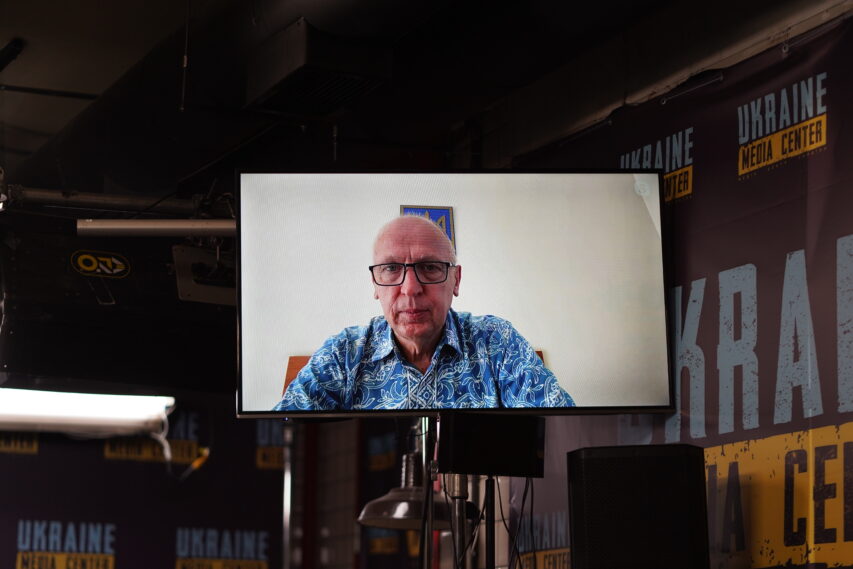 A total of 87 ships are carrying grain stolen from Ukraine, Ihor Ostash, Ambassador Extraordinary and Plenipotentiary of Ukraine to the Republic of Lebanon said at a briefing at Media Center Ukraine.

“This is a criminal scheme that allows for transportation of the grain stolen from Ukraine. It could be done through Türkiye, it could be directly to Syria, it could be to other countries in the Middle East. But this is a criminal scheme carried out with the participation of the russians, of course, and the  russian occupation troops in Ukraine. Of course, mainly Syrian and russian vessels are involved but they aren’t the only ones,” — Ihor Ostash said.

The ambassador also noted that preventing the Syrian ship “Laodecia,” which was carrying the Ukrainian agricultural products stolen by russia, from unloading in Lebanon is a great victory for Ukraine.

“I would like to emphasize that it was not Lebanon, it was not the state that ordered this flour and barley, it was an order made by the private sector businesses,” — Ostash added.

The ambassador also told what the country should do in case of such thefts.

“It is very important to appeal to international maritime law. Because almost all the time, these ships that are loaded in Crimea, that follow these criminal routes, turn off their AIS transponders and beacons, in order to be invisible. This is a signal that illegal work and illegal business are taking place. It is an attempt to hide something, to avoid responsibility. Therefore, there is obviously a suggestion that all these rules within the framework of the International Maritime Organization be thoroughly worked out in order to try and create certain obstacles here,” — Ihor Ostash summed up.