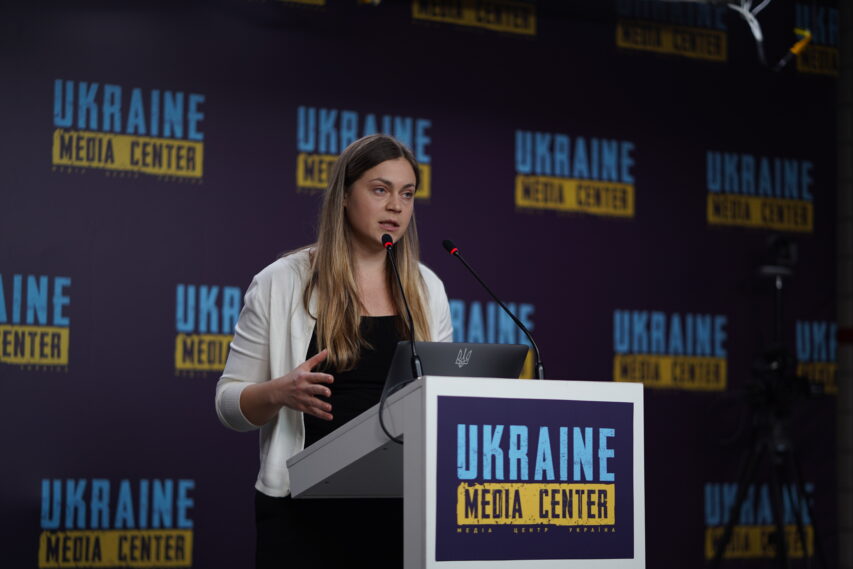 “Crimea Is Used as Staging Area for Russia’s Assault on Ukraine,” Maria Tomak

Crimea is used as a staging area for the full-scale invasion of Ukraine’s territory. During the current month, all three missile attacks on Lviv started from the Black Sea or Crimea. These are consequences of Crimea’s militarization that has been taking place since the beginning of its occupation. Maria Tomak, Head of the Crimean Platform’s Operational Support Service, described the situation during her press briefing in Ukraine Media Center.

“russia is militarizing Crimea by deploying certain weapons and military equipment there, by increasing the russian army’s contingent there. The militarization covers the public space; it involves intense propaganda campaigns pursued in media and even in schools. Moreover, they create various “Youngster Army detachments,” Maria Tomak said.

According to the Head of the Crimean Platform’s Operational Support Service, citizens of Ukraine are drafted into the russian federation’s army illegally.

“Today, citizens of Ukraine drafted to the russian army in the Crimea illegally are used as manpower, as cannon fodder against their nation, against their country. Speaking of the military draft, the citizens of Ukraine are victims of a war crime.  However, if these people participate in the war and are complicit in crimes, they will be prosecuted,” Tomak emphasized.

Representatives of the Crimean Platform are trying to monitor information about those killed and the prisoners of war. So far, at least 18 burials of russian army soldiers and 15 prisoners of war, who are citizens of Ukraine and had lived in the Crimea before the occupation, have been recorded.

You can read about the current situation in Crimea here.