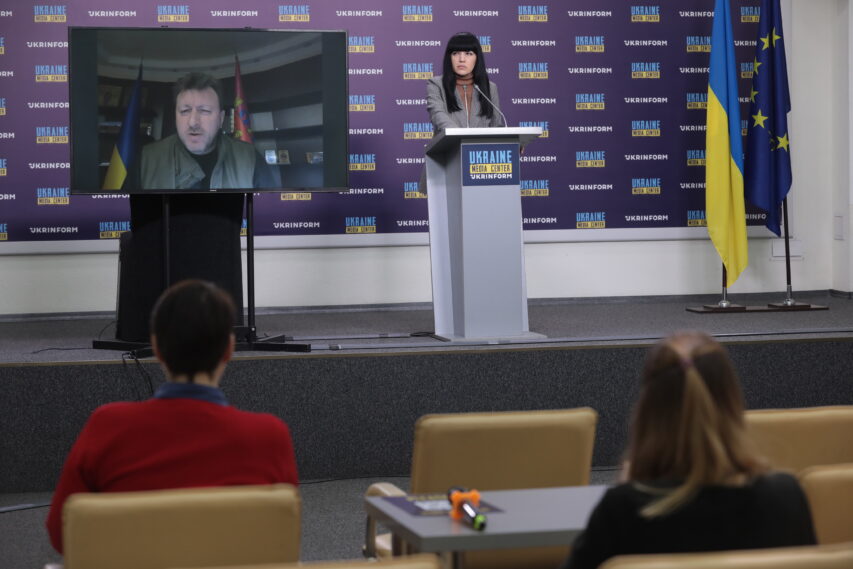 On the night of November 23, the enemy fired at the hospital in Vilniansk of Zaporizhia region: the missile hit the maternity ward of the hospital, where a two-day-old baby was killed. Those who shot then have already been eliminated. Oleksandr Starukh, Head of Zaporizhia Oblast Military Administration, made this report during the briefing in Media Center Ukraine — Ukrinform.

“Over the past week, attacks were made (by Ukrainian forces — Ed.) both within the Melitopol community and within Tokmak, and those who shot directly at Vilniansk were struck. We have got the confirmed information about the destruction of these crews, which fired from S-300s, including at the maternity hospital. And strikes were made within the contact line directly on enemy units,” Oleksandr Starukh said.

The Head of Oblast Military Administration stressed that the resistance movement efficiently operates in the region.

“The resistance movement exists, and it is efficient. If there were no resistance movement and no information, it would be much more difficult for our Armed Forces to act. Everything works now, and it works well. Our guys are destroying the enemy. We expect when there will be enough forces and resources, our Armed Forces will liberate Zaporizhia region, Melitopol, Enerhodar, and Berdiansk as they liberated Kherson,” Oleksandr Starukh said.