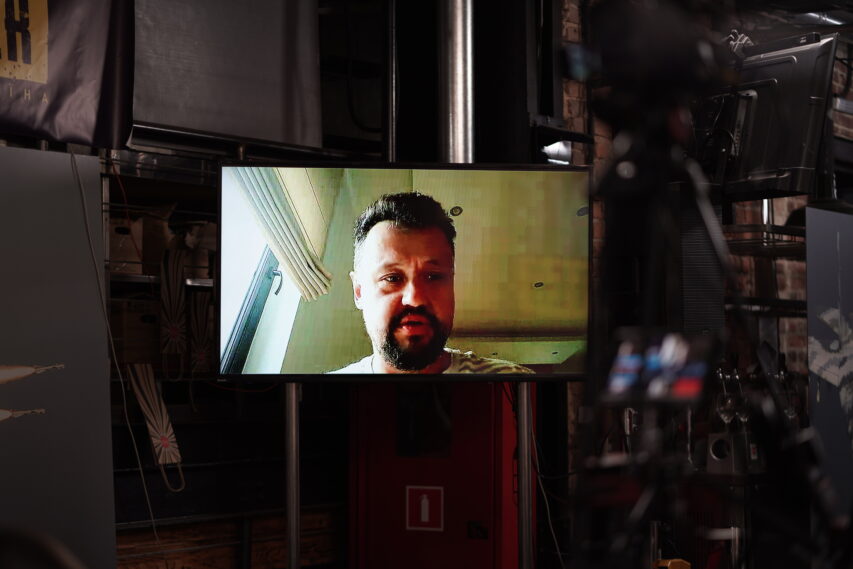 Missiles are likely to be launched from belarus in the future, but the probability that the country’s army will invade Ukraine by land is less than 1%, Founder of #BY_help Charity Foundation, media expert Alexey Leonchik said at a briefing at Media Center Ukraine.

“The army will not go into Ukraine by land. Firstly, because the army has a very low level of training, secondly, it does not understand the point of doing so… And thirdly, most importantly, lukashenko keeps the army for his personal defense. If he sends an army to Ukraine, it will mean that he remains naked in the face of the possibility that putin will send an army to him because he does not trust him. All the training on the Southern border, which the Ukrainian intelligence writes about, is more likely for the purpose of the defense, not for an attack,” — Alexey Leonchik said.

According to him, the belarusian army is not prepared and is in the condition similar to the one the Ukrainian army was in back in 2013.

“When there was a massive wave of psychosis here in March regarding the preparation for the mobilization, a lot of people left belarus, went to russia, and from russia immediately went to Tashkent. Because there is a mutual extradition agreement between belarus and russia, so they went to Tashkent just so as not to be drafted as a part of this mobilization, so they would not be sent to Ukraine. Thousands left. But back then those were only rumors. I have always said that it is unrealistic that in a situation when the russian army is losing, lukashenko will try to stick up for russia. lukashenko will abandon russia as soon as it stops being beneficial for him,” — Alexey Leonchik said.