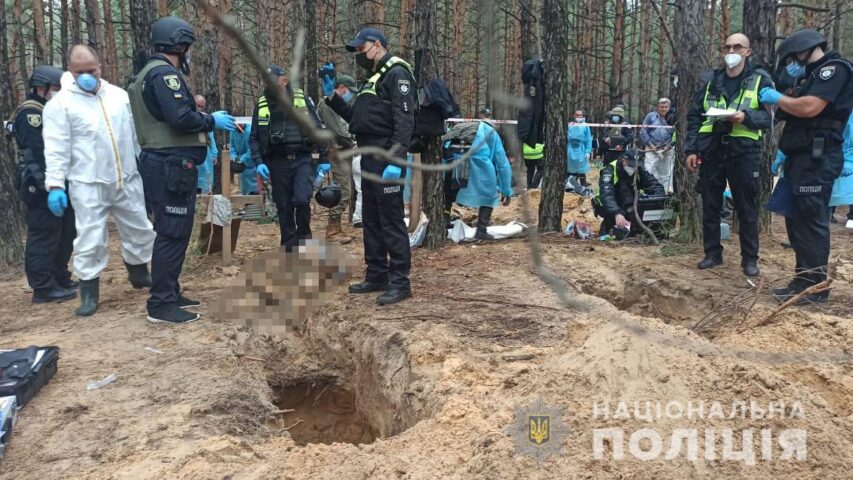 “Atrocities Perpetrated by russians in Izium Are the Continuation of the Genocide Elsewhere. But It is Necessary to Prove the Systemic Nature of These Crimes,” Center for Civil Liberties

Mass killings of civilians the whole world has seen in liberated Izium in Kharkiv Oblast is the continuation of crimes perpetrated by russia in Bucha and other occupied towns. It is yet another piece of evidence showing that russians are still waging war through war crimes. Oleksandra Romantsova, Executive Director of the Center for Civil Liberties, told this during his briefing at Media Center Ukraine. According to her, it is necessary to demonstrate the motivated and systemic nature of the crimes to prove that atrocities by russians amount to the genocide of Ukrainians.

“The crimes we are talking about must be proven systemic, demonstrating that it was not an excess by one soldier or unit. It is necessary to prove that it is a managed, absolutely systemic, and recurring practice and that it is motivated,” Oleksandra Romantsova stated.

She believes that the investigation will take much time because all the process participants will have to carry out hard and tedious work.

“Medical examiners are dealing with bodies buried long ago in an inappropriate manner. We need to find out specifically how a person died. We need to see clearly if there was a violent death, if there are broken bones and if there are traces of torture. Or, perhaps, there was the bringing to death – a war crime where a person is not killed outright but is deprived of access to medicines, water, and food and dies because of that. All this must be demonstrated forensically,” the Executive Director of the Center for Civil Liberties explained.

A mass burial ground was found in Kharkiv Oblast near liberated Izium on September 15. Oleh Syniehubov, Head of Kharkiv Oblast Military Administration, disclosed that there were bodies of civilians with traces of violent death and torture in the graves.