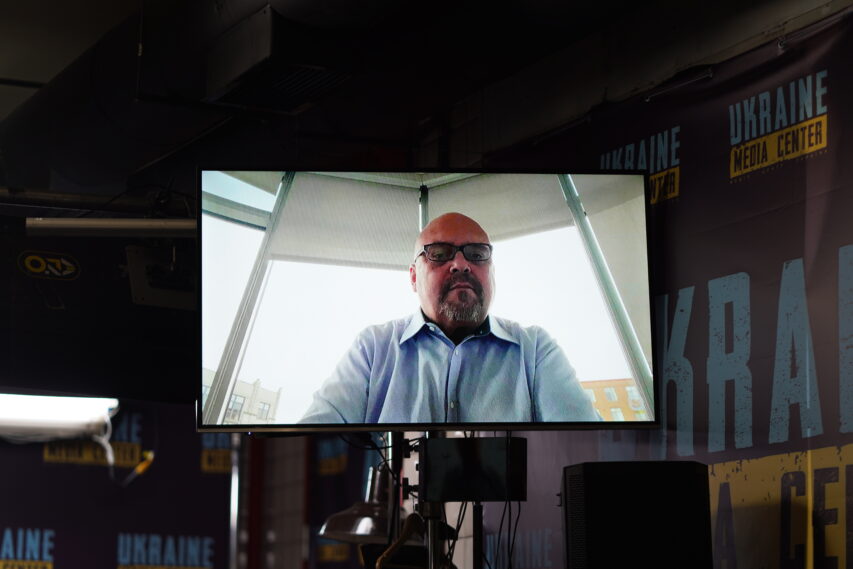 “At least 70% of the American population believe that this is an illegal attack on the Ukrainian sovereignty,” — Managing Director at FP1 USA TV channel Leif Larson

What russian narratives are being promoted in the U.S. and what the Americans currently think about the russo-Ukrainian war — these and other questions were answered by Leif Larson, Managing Director at FP1 USA TV channel, PR and Communications Expert during a briefing at Media Center Ukraine.

The full video is available here.

The most interesting quotes from the speaker follow below:

On the attitude of the Americans to the russo-Ukrainian war:

On how the russian narratives have changed in the U.S.:

“There was the one that came up early in the conflict that there were “biochemical laboratories” that were being funded by the U..S., and that those were being used to develop biological weapons outside the U.S. but for the U.S., and that Ukraine was assisting with that. That has become less and less believed and has lost a lot of its credibility over the last couple of months. The one that has really kind of held its grip on some people is the idea, and this is more because of an American bias, is that NATO is to blame for some of this, because of their expansion and causing fear and uncertainty in russia. That is, I would probably say, number 1 propaganda idea that has kept somewhat of a credible group of people thinking that maybe this was brought on by NATO and not so much by a crazy lunatic putin and aggressive russian foreign policy.”

On how to get your viewpoint to diverse audiences:

“What we’ve found is to influence certain groups you need to target your message to them. I would say for mothers, what we call soccer moms, stories about violence against children, how families are torn apart — that is a good message to target towards those (…) In today’s media that’s kind of where we are at, especially in the U.S. It’s targeted news, you need to find out what message will move one particular group. That’s not fake news, that’s not a disinformation campaign, it’s just finding out how best to get your viewpoint to a particular group of people in a diverse American audience.”