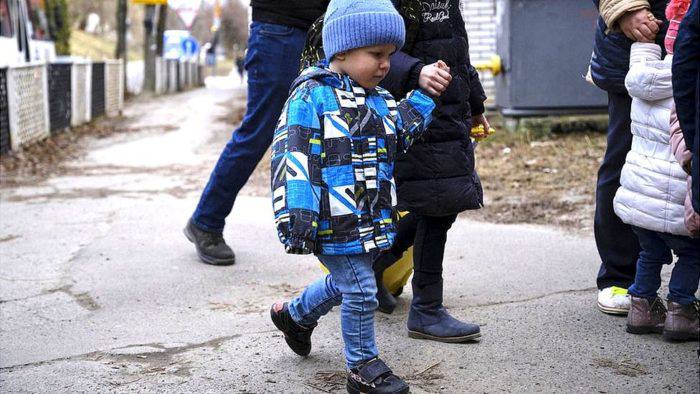 At Least 400 Ukrainian Children Have Already Ended Up in Russian Families; the Goal Is a Genocide Against the Ukrainian Nation — Regional Center for Human Rights

russia is committing genocide against the Ukrainian nation by deporting Ukrainian children and integrating them into russian society. Kateryna Rashevska, lawyer at the Regional Center for Human Rights, made this statement during the briefing in Media Center Ukraine — Ukrinform.

“Here can be the only one goal — a genocide against the Ukrainian nation, which is committed by means of forcible transfers of Ukrainian children to the russian national group. At least 400 Ukrainian children have already been in russian families. And when the russian federation tries to represent this as temporary custody, I can cite the words of their regional commissioners who say that after the children receive russian citizenship, such a temporary custody becomes an adoption or permanent custody. More broadly, all children are victims of eradication of Ukrainian national identity and turning into enemies of their own nation. And this is what underlies the idea of the fifth element of the genocide crime. When in fact children are not expunged, killed, or burned in concentration camps, but at the same time the Ukrainian nation stands to lose these children,” Kateryna Rashevska explained.