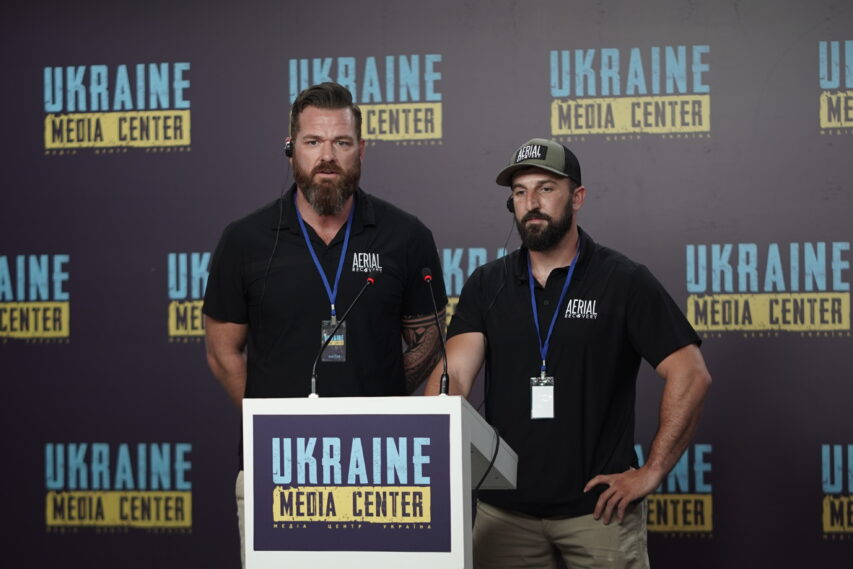 American veterans arrived in Ukraine to support the Ukrainian soldiers wounded at the frontlines, Veteran of the U.S. Armed Forces, Paralympic athlete Joseph Woodke said at a briefing at Media Center Ukraine. He said he had lost both legs after being wounded in the war in Afghanistan, so he wanted to show Ukrainian veterans by his own example that life does not end after amputation.

“Seeing that this war was going on, I just wanted to be able to come out here and try and maybe meet with some of the veterans and share my story and tell them what the rehabilitation process is and answer any questions they might have,” — Joseph Woodke said.

According to Jeremy Locke, another American veteran, former US Special Forces and co-founder of the Aerial Recovery Group, their organization has been helping Ukraine for several months. And on June 10, consultations will be held on the construction of a modern hospital for soldiers in Ukraine, following the example of the center where American veterans are treated.

“There’s a donor event on the tenth, during which (they) will be discussing potentially building a hospital similar to Walter Reed. We wanted to come out here to show support for that and raise the awareness for that in the United States as well,” — Jeremy Locke said.

According to Woodke, it was at Walter Reed National Military Medical Center, where he was treated after his injury and saw other veterans with amputations, which helped him move on.

“For me being 21 years old, and I’d just lost both my legs, to see a double amputee walk into the room, it showed me that it was possible. And that’s another reason why I wanted to be here. If I could show some of these guys that life’s not over, it’s possible to be up and be mobile to continue the fight and have a real life, a good life still,” — Woodke noted.

Jeremy Locke says there is currently tremendous support for Ukraine and the struggle of the Ukrainian people in the United States.

“There is strong support for Ukraine and for its heroes that are out here fighting. The way that your country has come together, the way that everybody stepped up and stepped in defense of your land is very inspiring,” — Jeremy Locke pointed out.