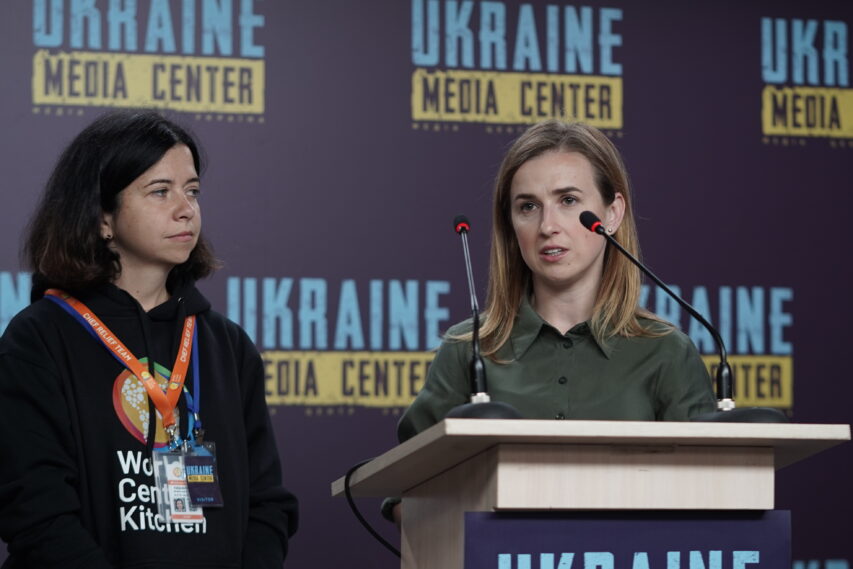 “After the Start of the Full-scale War, We Prepared 90 million Hot Food Servings and Issued about 2 million Food Packages,” World Central Kitchen in Ukraine

After russia’s all-out invasion had begun, the World Central Kitchen team in Ukraine cooked 90 million servings of hot food. They also distributed 2 million food packages to the people. Yulia Stefaniuk, Head of the World Central Kitchen Program in Ukraine, told about this during her briefing at Media Center Ukraine. According to her, the organization has representatives in 800 cities and towns in Ukraine, and its team is 5,000 people strong.

“We have standards for servings and the weight. A soup, a salad, and meat are obligatory. For us, it is important to give high-quality food to nourish people. Food demonstrates a positive attitude to the people when they can feel warmth and support. We focus our teams on treating this food as a plate of hope,” Yulia Stefaniuk explained.

World Central Kitchen helped a lot, for instance, in Lviv Oblast, where 4 million hot food servings were distributed after the start of the russian invasion. Overall, the IDPs in the oblast were given 5.4 million hot meals because local businesses also joined the relief effort. This information was disclosed by Natalia Tabaka, Head of the Tourism and Resorts Office of the Lviv Oblast State Administration.

“Some foods could have been a right fit in Michelin-starred restaurants. In March, they were given away to make sure that the food does not get spoiled and that everyone is fed well,” Natalia Tabaka said.

According to her, 250 tonnes of food were distributed in resort centers of the Oblast accommodating internally displaced persons.