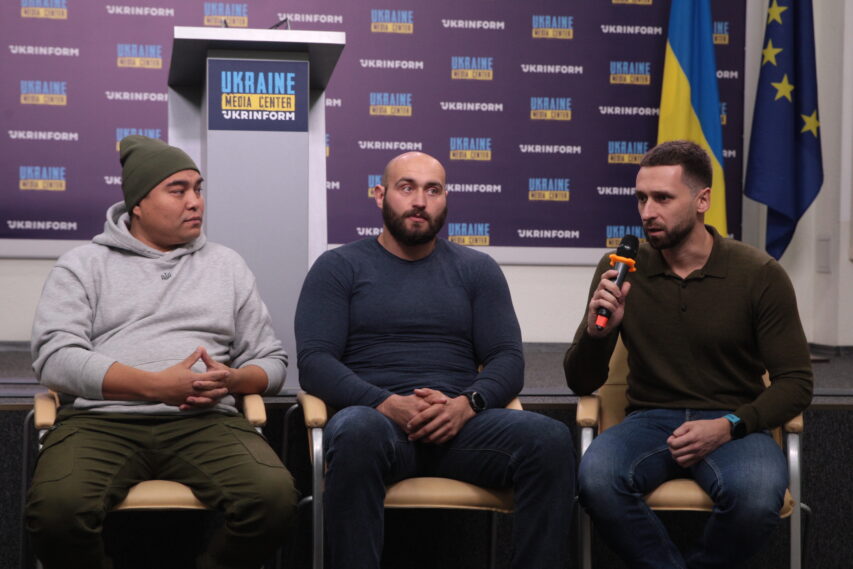 On November 12, “Marathon of the Indomitable” charity run starts in Hostomel. Its purpose is to collect funds for the creation of the “Center for Psychological Assistance and Rehabilitation for Military Personnel” in the Kharkiv region. Maksym Pasichnyk, a paratrooper who participated in the operation to liberate the Antonov Airport, and then together with his comrades spent 10 days covering over 100 kilometers leaving the enemy’s rear, will run the half-marathon. As Maksym Pasichnyk said during the briefing in the Media Center Ukraine — Ukrinform, high-quality rehabilitation of military personnel after their return from the front is now extremely important.

“I have a lot of friends who now just sit and look out the window and that’s it. They take anxiety medications, and that’s all. Therefore, such help is much-needed. When people see external injuries, the absent arms and legs, they want to help. But we do not note the problems of other military personnel, when after a concussion people are simply torn from the inside, and they do not even know whom to tell that all. Indeed, this is out of line for the country to do this now during the war. But we are here, and we will do everything to help,” Maksym Pasichnyk stated.

The race will start in Hostomel, Kyiv region. As explained by Oleksandr Dzhusupov, Volunteer and Co-Organizer of the half-marathon, they decided to choose a symbolic location for the start, the place where Maksym Pasichnyk was fighting at the beginning of the russian invasion.

“Max returns to where his story began, to Hostomel Airport. And the official start will be on the territory of the Airport, on the Mriya plane flying line. The race will consist of 4 points: Hostomel, Bucha, Irpin, and we will finish on the Stoianka bridge, which has been recently restored. The race itself, the half-marathon that Max will run, is only a part of the whole long way that we have to make,” Oleksandr Dzhusupov explained.

The organizers plan to make a live stream of the half-marathon, where viewers can ask questions while Maksym Pasichnyk covers the distance. During the race, they expect to collect UAH 300,000, which will help establish a center for rehabilitation of the military personnel. According to another project participant, Vadym Kovalenko, Volunteer and one of the best triathletes in Ukraine, they already have preliminary agreements with Ukrainian and foreign health professionals.

“We are in good relations with one of the clinics in Kharkiv city, they agreed to collaborate with our project. Now they refer their specialists to Israel, and physicians will study there to help rehabilitate our military personnel. We also negotiated with a military hospital in the United States that deals with rehabilitation of military personnel. And they will be very happy to help us with consultations. And we can refer our specialists there, their specialists can come here, we already have the first understandings. We will continue to develop this,” Vadym Kovalenko said.