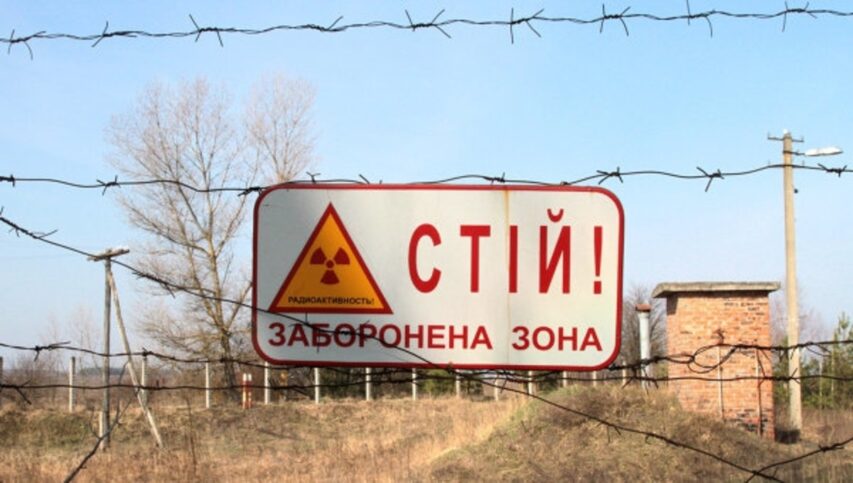 “A russian Soldier Who Stayed Overnight in the Red Forest Got an Annual Radiation Dose,” Yevhen Kramarenko, Head of the State Exclusion Zone Management Agency

Russian soldiers who occupied the exclusion zone and now left for Belarus could have received significant radiation doses and are now hazardous to people around them. Yevhen Kramarenko, Head of the State Exclusion Zone Management Agency of Ukraine, told about this during his briefing at Ukraine Media Center.

According to him, the radionuclide layer that contaminated the topsoil after the Chornobyl Disaster went down 30 to 40 cm underground. The invaders dug trenches throughout the exclusion zone and, by doing so, disturbed the natural protective layer of soil.

“They dug trenches in various places, even in the most hazardous temporary radioactive waste disposal site, the so-called Red Forest.” The background radiation here is so intense that a person who spends there 24 hours without moving will get an annual radiation dose. If a soldier digs into the soil, the radiation dose goes up severalfold,” Yevhen Kramarenko said.

The Head of the State Agency presumes that the russian command has not briefed their soldiers before deploying them in the Exclusion Zone.

“We have sample dosimeters they issued to their soldiers. They look like some squares. According to our experts, they used the equipment from the 1950s or 1960s. It is not operable anymore. But it provided some consolation for the soldiers, showing them that they had something to monitor the radiological situation,” Kramarenko explained.

According to him, it is difficult to determine the extent of the damage sustained by russians, and they need to seek medical attention. Kramarenko also assumes they can be hazardous to the people around them.

“If the irradiation was internal—that is, they inhaled or ingested a radionuclide, it will stay inside and irradiate the person gradually from within. In this case, only that person will suffer. The damage for the others is possible if a russian carried these radionuclides on his uniform or vehicle from the Exclusion Zone,” the Head of the State Agency believes.