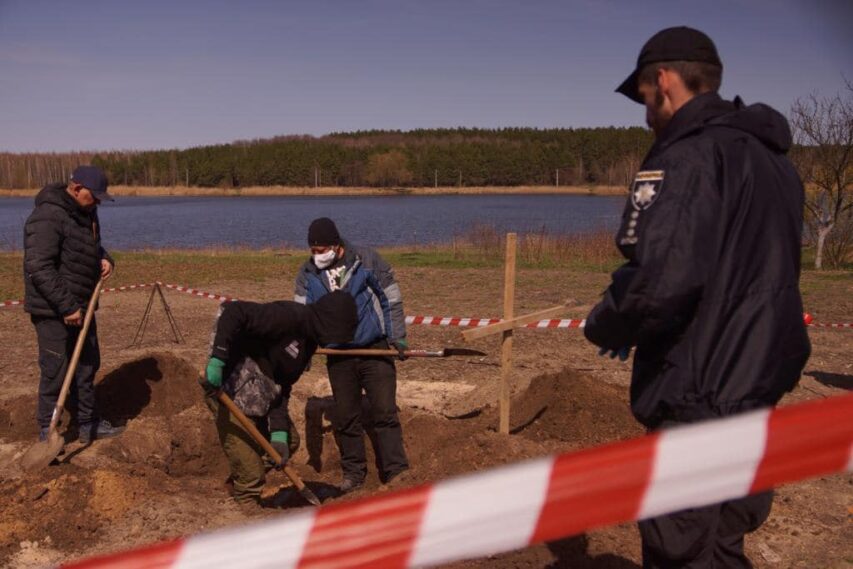 900 civilians were killed by russian army in Kyiv Oblast – Niebytov

As at April 15, the number of identified Ukrainian citizens killed by russian soldiers reaches the figure of 900 people, including 350 in Bucha. This was stated by Andrii Niebytov, Head of the National Police of Ukraine in Kyiv Oblast at a briefing at the Ukrainian Media Centre, taken place in Kyiv.

“Today the number will exceed 900 dead civilians. I underscore, civilians whose bodies we found and handed over for forensic medical examinations for further detailed examination. All of these people died at the hands of the russian army. The largest number of victims was in Bucha, more than 350 dead bodies. In the Vyshhorod and Brovary districts the body count is considerably fewer. The debris removal in Makariv and Borodianka is underway, we are sure that there are more bodies under the rubble,” Niebytov said.

According to Niebytov, 180 settlements were temporarily occupied in the Kyiv Oblast.

Niebytov also brought the examples of six people killed and buried in the same grave in the village of Shevchenkove. One of the men was killed while trying to protect local women from violence, another was killed when while riding a bicycle. The bodies of two brothers, local civilians were also found in this grave. These people had no relation to the AFU or Territorial Defense Forces. The circumstances of the killing of the others are being investigated.

According to the National Police of Ukraine in Kyiv Oblast, in the village of Havronshchina, a Russian infantry fighting vehicle (IVF) shot one of the vehicles that was moving along the green evacuation corridor as part of a large convoy. This vehicle was marked accordingly, inside there were six people, including children. Five citizens were killed, the survivor was wounded seriously. The dead were buried by witnesses of this crime, exhumation of bodies has already been carried out, a forensic medical examination is being conducted.

“All these facts will be documented procedurally, this will be enough to bring the organizers and perpetrators to criminal responsibility both in the national legislation and in the International Criminal Court,” Niebytov added.