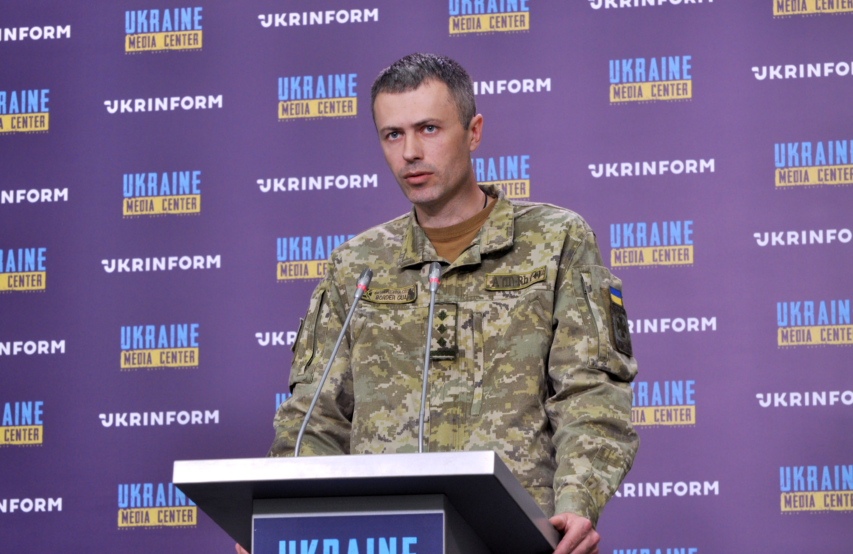 The units of the State Border Guard Service of Ukraine continue to perform tasks within the Armed Forces of Ukraine and in other areas of the state border, where the situation remains no less tense. Within Kharkiv, Luhansk and Donetsk regions, border guards continue to hold their positions under constant attacks by the aggressor. They are doing everything possible to repel the aggressor.

This statement was made by Andriy Demchenko, Spokesperson of the State Border Guard Service of Ukraine during a briefing at the Media Center Ukraine — Ukrinform.

“Yesterday during air reconnaissance, State Border Guard units located the enemy infantry with the help of a drone, and soldiers of the Armed Forces of Ukraine defeated the enemy with mortars,” — Andriy Demchenko said.

He stressed that there is no change in activity of belarusian border guard units at the border with the country. However, the threat of missile and air strikes from belarus remains.

There are no significant changes in the Transnistrian segment on the border with Moldova either. In both these areas, border guards, along with other suitable forces, continue to perform tasks taking into account all important information.

russia continues to maintain a part of its forces at the borders with Chernihiv and Sumy oblasts to demonstrate its presence and restrain the actions of our units. According to the General Staff, there are about three russian battalion tactical groups.

“At the same time, we do not see an assault group forming to repeat the attack on the territory of our state. However, russia does not stop shelling these territories,” — the Spokesman of the State Border Guard Service said.