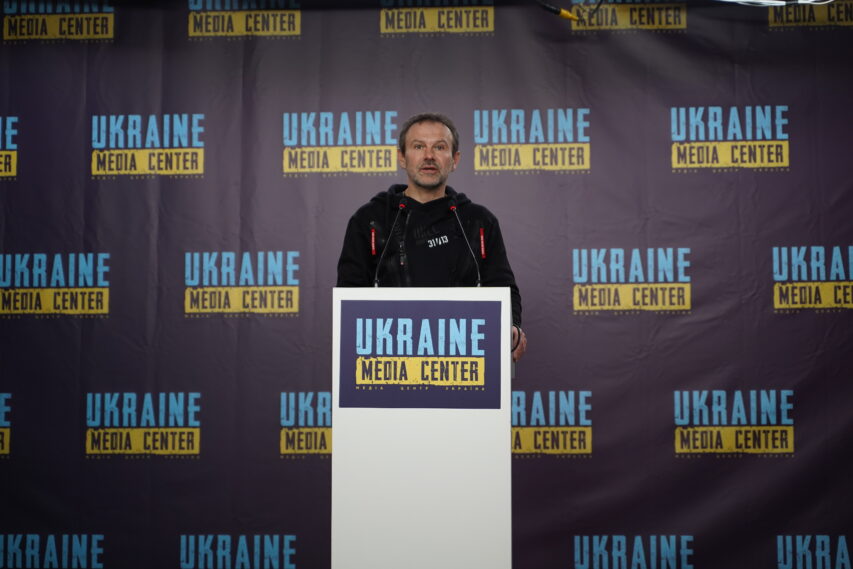 Vakarchuk to write a song addressing Western partners in English

During a briefing at Ukraine Media Center, Svyatoslav Vakarchuk told he had written a poem soon to become the lyrics for a new song. There is no name yet, but the author revealed the first lines.

«I still can’t get my hands on the instrument to play and come up with something. However, I wrote a few poems. I recently published one of them. It’s called «Where did you come from, my hatred». The other one is in English, and I will try to make a song out of it. It doesn’t have a name yet, but the first line is «How many children do you need them to kill?» It will be an appeal to those whose support is important to us,»  – S. Vakarchuk explained.

As reported earlier, over the last weeks Svyatoslav Vakarchuk has been visiting active warfare regions, in particular Zaporizhzhia, Kharkiv and Odesa. The musician says his feelings about the country can be described by three songs: «Vse bude dobre» (Everything will be fine), «Ya ne zdamsia bez boiu» (I won’t give up without a fight), and «Obiimy» (Hug me).