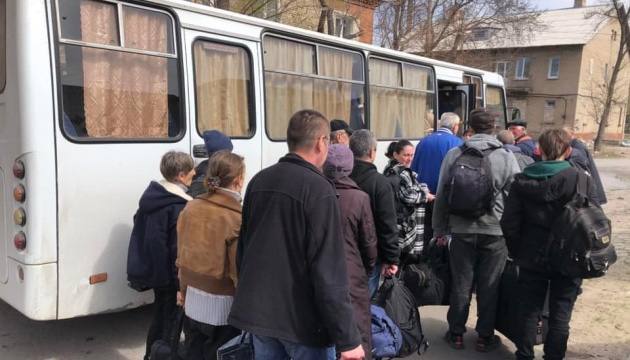 “Until February 24, there were 720,000 people in Ukraine-controlled territory of Luhansk region, as of now 320,000 of them have evacuated,” Head of Luhansk Oblast Military Administration

Internally displaced persons from Luhansk region now live in every oblast of Ukraine, because more than 320,000 people have been evacuated from the oblast during the all-out war. Serhii Haidai, Head of Luhansk Oblast Military Administration made this statement at a briefing at Media Center Ukraine — Ukrinform.

“650,000 residents plus 200,000 displaced persons officially lived in the entire Ukraine-controlled territory of Luhansk region after the partial occupation in 2014. Although, of those 200,000, only about 70,000 actually lived there. That is, until February 24, there were about 720,000 residents. Of them, 320,000 were forced to evacuate in different directions. A part of them went to russia, a part – to Europe. Most of these people left for the unoccupied territory of Ukraine. You know, we have a saying “Luhansk region is everywhere now,” because there are immigrants from Luhansk region in every region of Ukraine,” — noted Haidai.