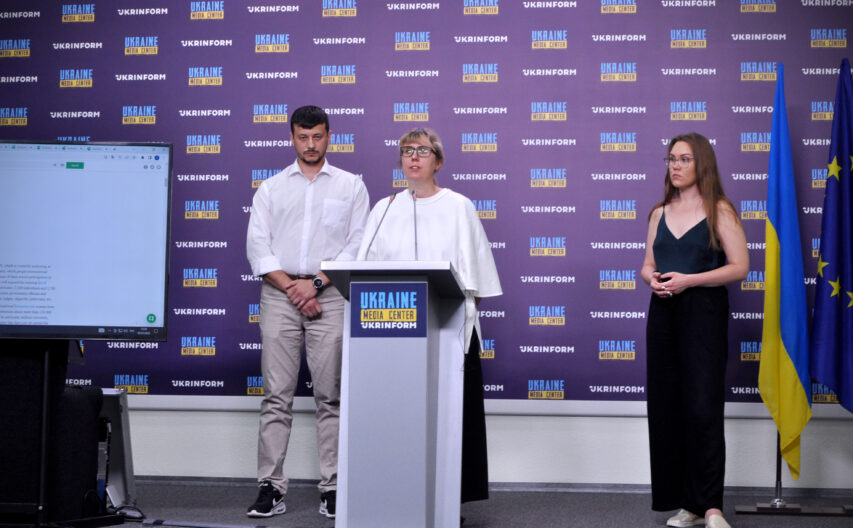 Yak ne staty ovochem (Don’t Become a Vegetable) Ukrainian initiative has comprised a database of russian propagandists who directly or indirectly support the war in Ukraine and spread disinformation in russia and the world. At present, experts from the National Agency on Corruption Prevention are working with this database. Database developers plan to update the data monthly. Anyone who registers on the site and verifies their place of work has access to the lists.

This statement was made by Oksana Moroz, the founder of Yak ne staty ovochem Ukrainian initiative at Media Center Ukraine — Ukrinform.

“russian propagandists are not only the people we see on screens, but also a wider network of people who are engaged in the “domestication” of war and its entry into every home. We have set a task for this database to comprise as many of all those responsible for creating an informational basis for the genocide of the Ukrainian people as possible and to bring them to justice. For this, the database currently includes 15 categories, which are present in the information field and through which the narratives of the russian propaganda are broadcast,” — she said.

So far, the ideologists of the “russian world” have not been added to the database, but they will be included in the next updates. Also, at this moment the database doesn’t contain exotic categories, such as, esotericists, psychics and astrologers, which also take an important part in the spread of misinformation.

“Our goal is to show the entire range of propaganda, both in russia and in other places,” — Oksana Moroz noted.

Anna Loza, project manager of the initiative, said that the base demonstrates how russian society is permeated with propaganda in all its forms.

“A completely new reality is being created in russia, in which people choose their own explanation for why there is a war in Ukraine,” — the project manager said.

The primary level of the spread of propaganda is the statements by politicians and army members. They create the main vector for the spread of disinformation, which is then distributed by the federal mass media to consumers.

“The next level of spreading lies is bloggers, artists who transform this propaganda specifically for their subscriber audience. The messages branch out and act universally,” — Anna Loza said.

For example, the message about russophobia is actively spread by the celebrities, because they themselves were affected by the sanctions. Therefore, narratives about the alleged ban of a russian product are being spread. The same message is used by the russian church, which has transformed it for its audience of parishioners.

Maksym Zinchenko, manager of business development programs and projects, data analyst at RuAssets, in turn noted that all russian collaborators are included in the database. This includes not only propagandists, but even war criminals.

“The system works by category, where information about persons is collected, according to the list. Anyone can get acquainted (with the database) after registration and verification on the website. You can check every collaborator or war criminal and find information about them in several states, and then look at their family members,” — he said.

For example, information about the selected person can be viewed on the website. This includes data about him, and why exactly he got on this list. Currently, there are more than 10,000 people in the system. In addition, you can find the original source of information on the website.