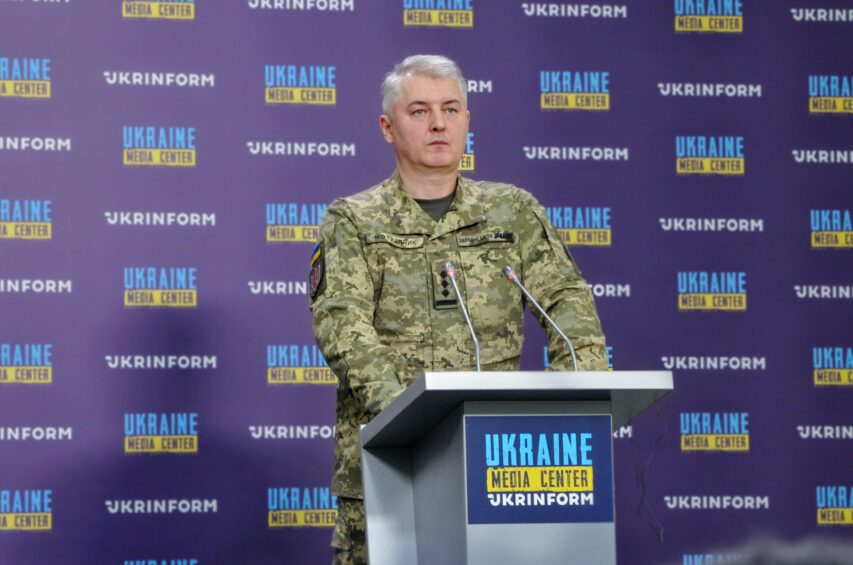 The destruction of russian military vessels was reported by Spokesperson of Ukrainian Defense Ministry Oleksandr Motuzyanyk at a briefing at Media Center Ukraine – Ukrinform.

«The Armed Forces of Ukraine are continuing to inflict numerous losses on the occupiers. In the morning, two Raptor-class patrol boats were destroyed near Snake Island. Within the last 24 hours air defense units hit ten Orlan-10 UAVs. Only in Donetsk and Luhansk regions, within the last 24 hours ten attacks of russian occupiers were repelled, two tanks, seventeen artillery systems, thirty eight armored combat vehicles and ten motor vehicles were destroyed» — he said.

According to Oleksandr Motuzyanyk, the threat from the territory of Belarus remains quite high.

«It is because the russian army is using Belarus’ territory for its goals that they managed to quickly move deep in Ukraine. The threat of Iskander attack from that territory remains as well,» — Defense Ministry Spokesperson added.

Oleksandr Motuzyanyk said that the enemy is continuing the offensive operation in the Eastern operation zone. In the Slobozhanske area, the enemy units continue to fire at Kharkiv and the settlements of Udy and Prudyanka.

In the Izyum area, the enemy offensive continues in the direction of Izyum – Barvinkove and Izyum – Slovyansk. The enemy continues to shell our forces.

In the Donetsk area, occupation forces continue the offensive along almost all of the contact line.

In the Lymanske area, the enemy fired at the detachments of our forces between Lyman and Siversk to push them away from their positions and create conditions for the offensive on Slovyansk.

In the Severodonetsk area, the main enemy efforts are focused on achieving full control of Rubizhne and preparing the assault on Severodonetsk.

In the Tavriisk area, the enemy is continuing to regroup, building up fire system elements, and conducting engineer preparation of positions for replenishment of ammunition, petroleum, oil and lubricants.