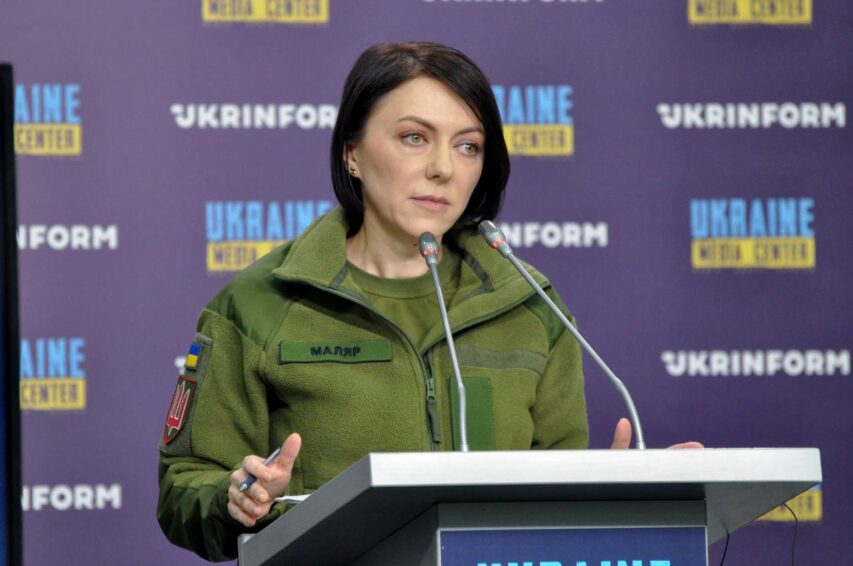 Ukraine’s Armed Forces Won the First Phase of the War against russia; There Is a Long Fight Ahead for Liberating Ukraine Completely,” Hanna Maliar

The enemy’s key goal was to capture Kyiv within several days and gain full control over the whole country. However, it was the first phase of the war, and the foe failed to achieve its goal. The foe used 24 battalion tactical groups and special forces during this phase and suffered a heavy toll.

Hanna Maliar, Deputy Minister of Defense, stated this during her briefing at Media Center Ukraine — Ukrinform.

“A tremendous lot of enemy troops were concentrated around Kyiv and the region. Ukraine’s Armed Forces dealt the enemy an absolute blow, and Ukraine won the first phase. After that, the enemy adjusted its tactics and strategy in its war against Ukraine. We face a difficult and long-lasting fight to liberate our country and re-establish sovereignty within the national border. It is because russia still has abundant resources that can be deployed soon,” the Deputy Minister said.

Hanna Maliar emphasized that Ukraine will receive huge military aid from its foreign partners, for instance, under the lend-lease act. However, Ukraine will face a difficult period of several weeks or even months until the aid arrives.