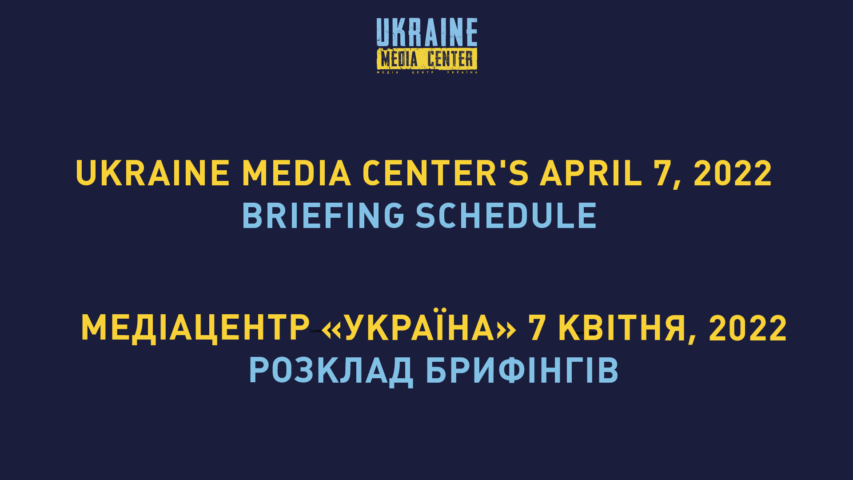 Cinema experts of Oleksandr Dovzhenko National Center, who moved to Lviv, will tell a story of their initiative. Together with local colleagues, they organize free movie screenings in Lviv Municipal Arts Center. They demonstrate the films produced by Dovzhenko Center. Before the screening, movie experts tell films’ history and discuss their plots.

12:30 AM — Hanna Maliar, Deputy Minister of Defense of Ukraine (in person)

On World Health Day, April 7, 2022, the World Health Organization’s (WHO) European Regional Office will hold a press briefing on the health situation in Ukraine and WHO’s support for the Ukrainian health system while standing in solidarity with the country’s health workers.

The briefing will also be streamed live on Zoom:

2:00 PM — ATTENTION! ANOTHER ADDRESS: (22, Ulas Samchuk street. Meeting next to the “Sensoteka” library)

Lviv is assembling a temporary housing for Ukrainians who are escaping the war. From the beginning of a full scale intrusion of russia on the Ukrainian territory, Lviv hosted approximately two hundred thousand forcefully displaced Ukrainians. Today the chiefs of administration in Kharkiv, Luhansk and Donetsk regions are asking people who still stayed there to evacuate in case the occupants will continue the intrusion with more forces. Lviv is preparing to host a new wave of Ukrainians.

The briefing schedule is subject to change.