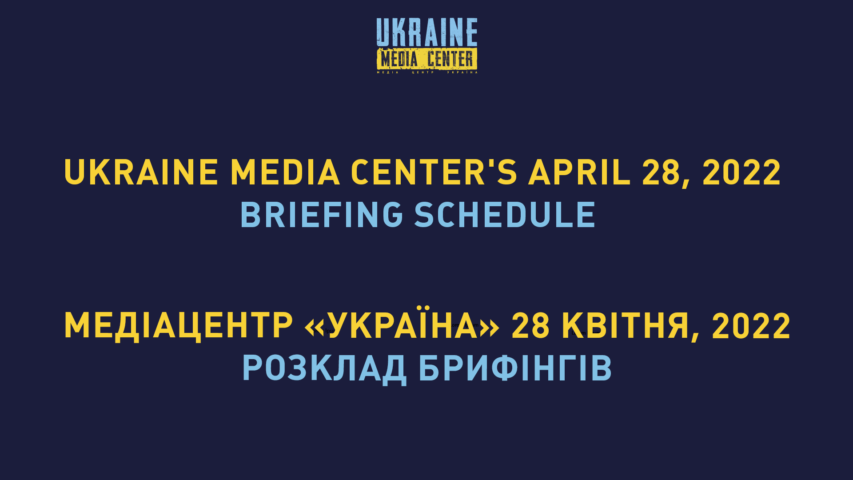 11:30 AM – Kalush Orchestra, representatives of Ukraine at Eurovision-2022 (in person)

Mykola Chernotytskiy, Chairman of the Board of the Public Broadcasting Company of Ukraine (Suspilne);

Oksana Skybinska, Head of the Ukrainian Delegation at Eurovision;

Why this is interesting: Immediately after the briefing, the band is heading to Turin, where it will represent Ukraine at Eurovision-2022 on May 10 in the first semifinal.

Why this is important: The russians are carrying out continuous attacks on the positions of Ukrainian troops in the Donetsk region. They are destroying civilian infrastructure and massively killing civilians. According to preliminary estimates, about 20,000 people could have died in Mariupol alone. In addition, the russians do not adhere to the agreed regime of green corridors. Thousands of Ukrainians have been forcibly deported to russia.

Fence painting performance. Graffiti will be painted by orphans from Lysychansk, with the help of local peers. The performance will be held at LvivTech.City – the first innovation park in western Ukraine, under the supervision of teachers of the School of Arts of the Free and Indifferent.

The briefing schedule is subject to change.