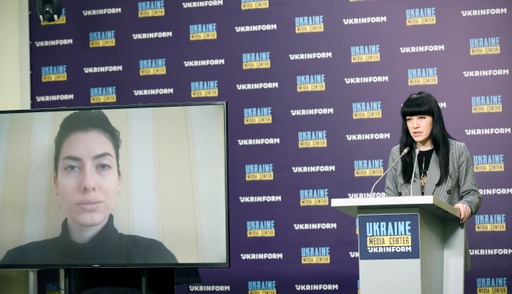 Ukraine is constantly at the top of agenda during the World Economic Forum, which takes place in Davos, Switzerland. Maria Mezentseva, Member of the Verkhovna Rada, Head of the Permanent Delegation of the Verkhovna Rada of Ukraine to the Parliamentary Assembly of the Council of Europe, made this statement during the briefing at the Media Center Ukraine — Ukrinform.

“This was also proved during the speech on the main sidelines of the Forum by Ms Zelenska, the First Lady, who presented the formula for peace, the so-called 10 main points, the vision of President Zelenskyy. The topic of responsibility of the russian federation for crimes of aggression, military crimes, and humanity crimes having a genocidal nature was also discussed. Several panels were devoted to this topic and they resonated with the visions of compensation mechanisms,” Maria Mezentseva said.

The Member of the Verkhovna Rada especially noted the speech of the President of Ukraine at the Forum, as well as the leaders of partnering countries and Ukrainians who attended the event.

“We could see how well-targeted President Zelenskyy’s speech was. Crucial moments await us during the war. He paid separate attention to the issue of the Ukrainian Crimea. We heard how the Polish leaders continue to support us: Mr. Duda, who was speaking together with representatives of the de-occupied territories: these are activists, volunteers, Ukrainian children who were in temporary captivity, these are the mayors of Ukrainian cities, the Mayor of the temporarily occupied Melitopol. It was very important to hear our friend Boris Johnson. “Don’t talk or pay attention to Putin. Talk and pay more attention to Ukraine,” he said. His messages were very clear, similar to those of our American partners. I am convinced that today’s historic Ramstein meeting will bring significant results in military assistance provision,” Maria Mezentseva said.