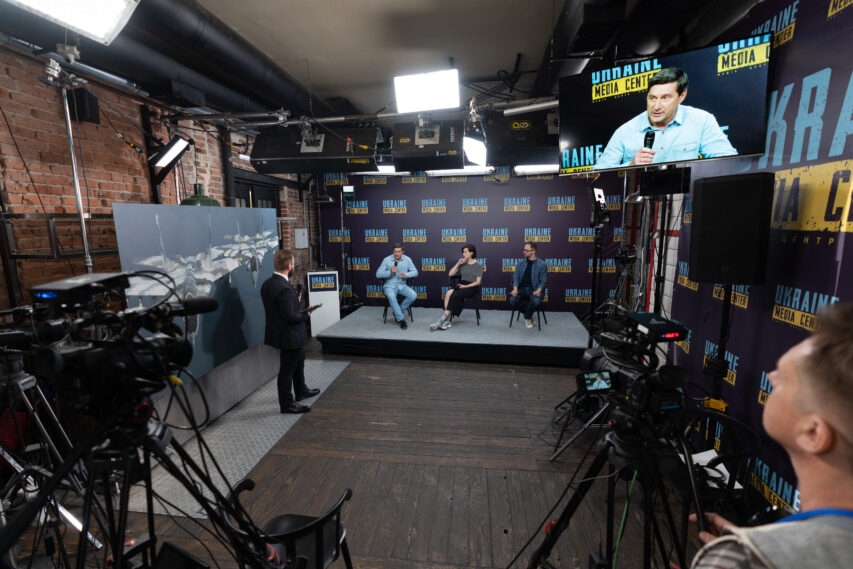 Why is russian culture always followed by tanks, and is there a difference between Pushkin and Prilepin? A panel discussion on rethinking the meaning of russian culture was held in Lviv as a part of a joint project by Ukraine 24 TV channel and Media Center Ukraine. The participants of the discussion included Art Director at the Mykola Kulish Academic Music and Drama Theater of Kherson Oblast Oleksandr Knyha, Founder of “Ya Gallery” art center Pavlo Hudimov, Director of the Lviv Municipal Art Center and writer Vitaliy Kapranov

The most interesting quotes from the discussion:

Oleksandr Knyha, Art Director at the Mykola Kulish Academic Music and Drama Theater of Kherson Oblast on the changes that have taken place in Ukraine since gaining independence:

“I have a little experience talking to those “brothers” that came to arrest me (in Kherson). We had quite a long conversation, it was an interrogation. We have changed within these 30 years. We don’t care about Lenin. But for them it’s a fetish, the first thing they did in Nova Kakhovka was find (the statue of) him, pull it out from somewhere and install (it). We have become different, and this progress can’t be stopped. This war has given us a kick in the pants so we could understand that we must move forward.”

Pavlo Hudimov, Curator, Founder of «Ya Gallery» art center on the cultural policy that Ukraine needs to pursue in the world and within the country:

“We will never squander oil dollars to appease certain cultural institutions like russia. With our truth, power, science and most of all faith in what we do, we must form a pool of statements for the whole world. However, with such poor funding of culture like in Ukraine, all we will have is small, unconnected initiatives. Unless our government officials see culture as one of the main communication tools in the world and within the country, we’ll once again have the same problems as we do right now with the war. After all, the battlefield isn’t the only place where the war started.”

Lyana Mytsko, Director of the Lviv Municipal Art Center on the importance of always prioritizing the culture for a state:

“There’s always time for culture. When I heard the phrases that there was no time or money for the culture, I felt cold inside. As I understand the absurdity of such a situation. This war was started because of the culture. This war was started to eliminate us as a cultural unit on the map of the world. Only by working to build up this unit, by adding an accumulation of ideas and collaborations will we be able to survive as a country in the future. This is what we are fighting for.”

“Today the war is starting to dictate to us completely different rules of self-identity formation, when they are based more on real events than the school curriculum. And since we’re talking about the culture now, let’s talk about the school curriculum as well. Undoubtedly, modern literature must form the image of a modern literary character, and some writers are already doing that. Of course, it will be a collective hero, not just one for everyone. Meaning, there will be a lot of heroes like that, but the common topology will be developed. And self-awareness will grow from this very topology.”