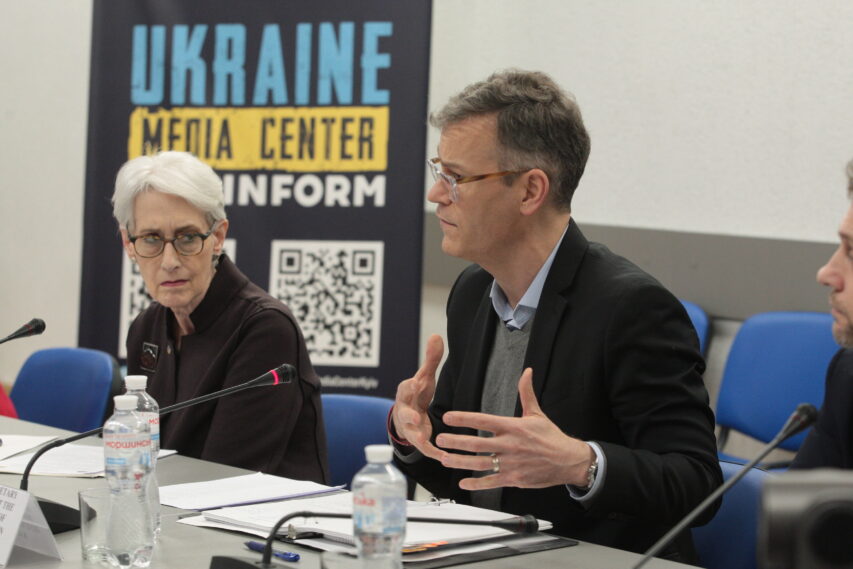 U.S. Under Secretary of Defense on the Attack on Dnipro City: russians Don’t Care About Killing Civilians

The tragedy in Dnipro city is a consequence of the fact that russians do not care whether they kill civilians. Colin Kahl, the U.S. Under Secretary of Defense for Policy, made this statement during the conversation with journalists at the Media Center Ukraine – Ukrinform.

“We are horror-stricken at what happened in Dnipro city. I believe this to be a consequence of the fact that russians do not care whether they kill civilians. Sometimes they do it obviously intentionally, sometimes their missiles are terribly inaccurate, but they know that the missiles are inaccurate, so they are just as morally feckless,” he said. T

he Under Secretary of Defense added that even when russians attack military targets, there is a high chance that they will miss and hit a civilian target. “This is only a part of general inhuman frivolity that we can see at the russians’ hands,” Colin Kahl pointed out. The official also noted that the United States try to regularly provide shells for various air defense systems and monitor how russia uses missile systems.