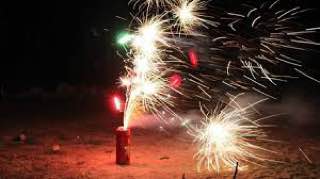 “There were over 80 reports on the use of pyrotechnics on New Year’s Eve: there are already 2 criminal proceedings and 10 administrative reports,” National Police

The ban on the sale and use of pyrotechnics in Ukraine is still in effect, but some citizens still violated it on the festive night. Mariana Reva, Spokeswoman of the National Police of Ukraine made this statement during a briefing at Media Center Ukraine — Ukrinform.

“On the New Year’s night, we recorded more than 80 reports on the use of pyrotechnics throughout Ukraine, more than 20 cases were in Kyiv. We checked all these messages: some of them were duplicates, some were not confirmed. There are also those that were confirmed. We opened two criminal proceedings for hooliganism — specifically for launching pyrotechnic devices — in the city of Kyiv. There is a detained person in Darnytsia district, she will receive a notice of suspicion in the near future. One offense was registered in the capital’s Obolon (district); the police are working to establish the circumstances of this event. One such fact was recorded in Vinnytsia, and the person was also promptly detained. About 10 administrative protocols have been drawn up in Ukraine specifically for the use of pyrotechnics,” — Reva said.