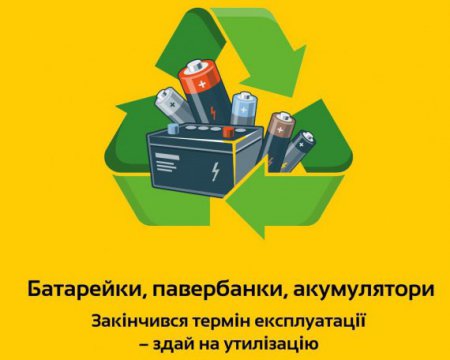 “There are about 200 places for disposal of gas cylinders and power banks in Kyiv, it is dangerous to throw them away into general waste,” City State Administration

It is dangerous to throw away used gas cylinders and power banks together with the common types of garbage due to the possibility of an explosion during disposal. Mykola Povoroznyk, First Deputy Head of Kyiv City State Administration made this statement at a briefing at Media Center Ukraine — Ukrinform.

“When disposing of a gas cylinder that is thrown into general waste, there is potential for an explosion. There are about 200 places in the city for the disposal of batteries, LED lamps, and light bulbs. People know where they are. I would like to say now that such waste should be thrown away in these places, the utility workers will properly store and dispose of it there. A power bank, in fact, is no different from ordinary batteries that we carry in specially designated places. Used gas canisters should also be added there.”