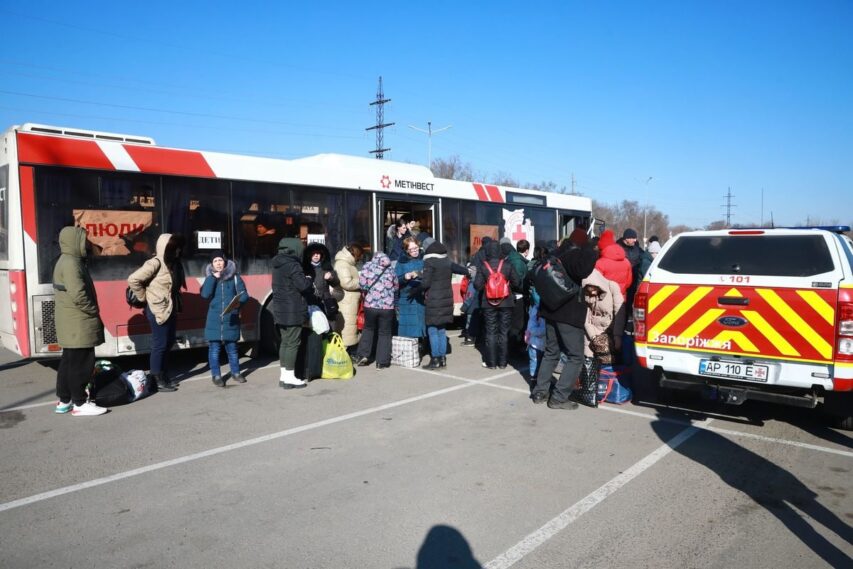 «There are 7 humanitarian corridors were agreed as of March, 20» – Iryna Vereshchuk

Deputy Prime Minister – Minister of Reintegration of the Temporarily Occupied Territories of Ukraine Iryna Vereshchuk spoke about plans to evacuate and open humanitarian corridors u to date.

Up to date, 7 humanitarian corridors have been agreed.

Buses for Marupol residents will be waiting in the square in front of the city sport complex in Berdyansk from 9.30 a.m.

Departure to Zaporizhzhia is planned at 11.00 a.m.

In Berdyansk, private cars of Mariupol residents moving along the route continue to be refueled.

Addresses for refueling: 132a Kabelshchykiv Street and 87b Melitopolske Shosse Street

Transportation to Berdyansk and Zaporizhzhia has also been organized for Mariupol residents, who will arrive in Mangush today.

Evacuation buses will be sent from Brovary.

Meeting place – on the street Ninth of January, 6.

Evacuation buses will be sent from Brovary

Evacuation buses will depart from Malyn.

🔸Humanitarian cargoes will be sent from Kharkiv to the city of Vovchansk and the villages of Rohan and Nova Rohan.

🔸Humanitarian cargo (food and medicine) is planned to be delivered to these settlements.

It will be recalled that during the ongoing evacuation campaign, more than 190,000 civilians have already been evacuated from the war through humanitarian corridors to a safe place.